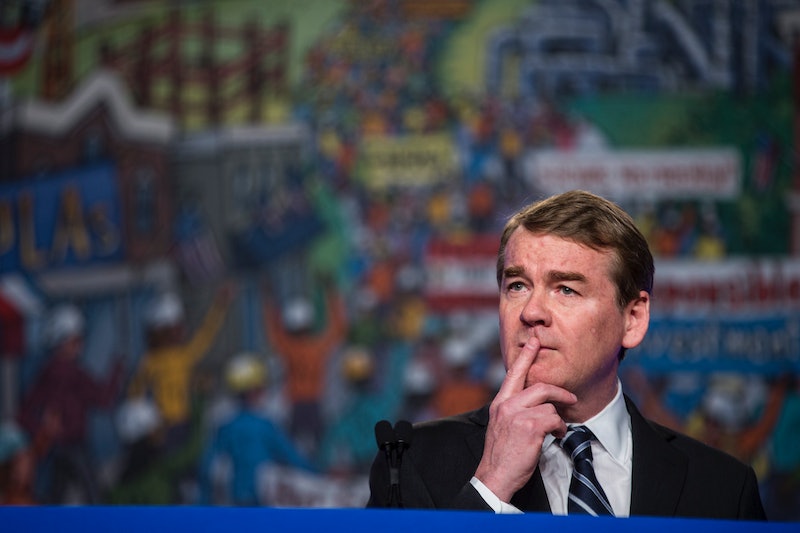 While the 2020 Democratic primary field is already crowded, one more candidate has joined in. Colorado Senator Michael Bennet announced his 2020 presidential run on Thursday, making him the 21st Democrat to join the crowded primary field. The senator isn't joining the race with the most name recognition, though, so it would be natural for you to want some facts about Democratic presidential candidate Michael Bennet.

Bennet officially entered the race with an announcement on CBS This Morning on Thursday. "We cannot be the first generation to leave less to our kids, not more," Bennet wrote in a Thursday morning tweet. "That’s why I’m running for President. Let’s build opportunity for every American and restore integrity to our government."

The Colorado senator is expected to tout his qualifications as a moderate Democrat, according to Bloomberg. He told CBS This Morning that the defining policy goals of his candidacy would be improving the health care system and creating better conditions of economic opportunity for all Americans. He will also likely point to his breadth of experience working with, rather than against, Republicans in Washington, as Bloomberg pointed out. There's more to him than that, though — so here are a few things to know about Bennet: