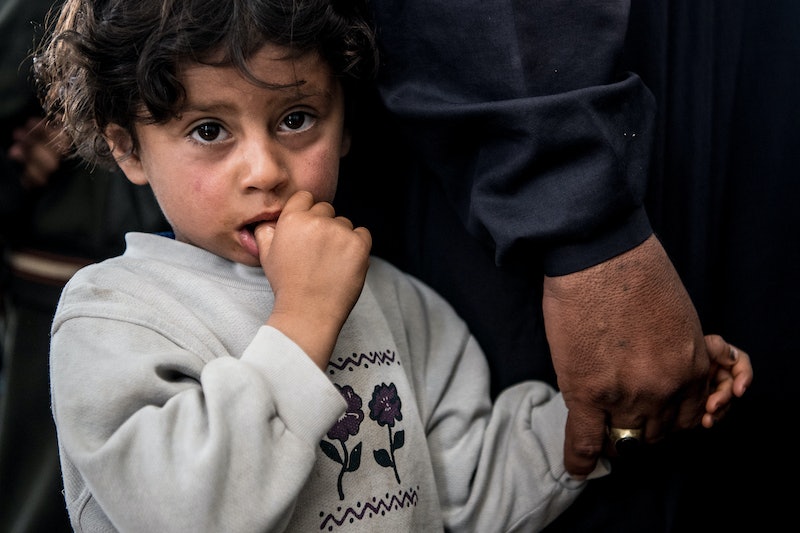 Child poverty is a very real problem in the United States. The National Center for Children in Poverty reports that 21 percent of all American kids live in families with incomes below the federal poverty line. A bill introduced in Congress last year could help significantly reduce child poverty — and it seems to be catching the attention of potential 2020 candidates. If you're wondering what exactly the American Family Act of 2017 is, it's helpful to take a closer look at the specifics of how the bill will help support families with children.

Vox further explained that, under the current child tax credit, the poorest families in the United States are left out. Due to nuanced and convoluted tax laws, families have to earn a certain amount of money in order to receive the fully refundable portion of the tax credit. Under the American Family Act of 2017, families who do not have any earnings would still received the full tax credit.

Increasing the amount of and improving access to the child tax credit would help reduce child poverty because it would offer families more funds to provide for their children. For example, the Center on Budget and Policy Priorities reported in May 2018 that introducing the Canadian child benefit (CCB) in the United States would decrease the number of American children living below the poverty line by more than half. While the CCB does not offer the exact same benefits as the American Family Act of 2017, it relies on the same tenets. The CCB increases the amount of funds provided per child compared to the CTC — and it does not exclude families from receiving the credit if they don't earn enough money.

The American Family Act of 2017 was introduced by Senator Michael Bennet of Colorado in October 2017. Senator Sherrod Brown of Ohio quickly signed on as a co-sponsor the same day that Bennet introduced the bill — and the bill is sometimes casually referred to as "Bennet-Brown." More recently, two other senators, Kamala Harris of California and Cory Booker of New Jersey, became co-sponsors of the bill as well, according to Congress.gov.

Brown, along with Booker and Harris, are all potential contenders for the Democratic presidential nomination in 2020. As Vox described, Booker and Harris’ recent sign-ons as co-sponsors could mean that the bill will gain further traction and support among Democrats as the 2020 election draws nearer. Indeed, Harris has also introduced a bill called the LIFT the Middle Class Act that incorporates a child tax credit similar to Bennet-Brown's.

Overall, Harris and Booker's recent co-sponsorships of the American Family Act of 2017 could mean that the bill will play an important role as the presidential election season approaches, Vox explained. And, of course, if the bill does indeed move forward, it will hopefully help contribute to significantly reducing poverty among America's children.