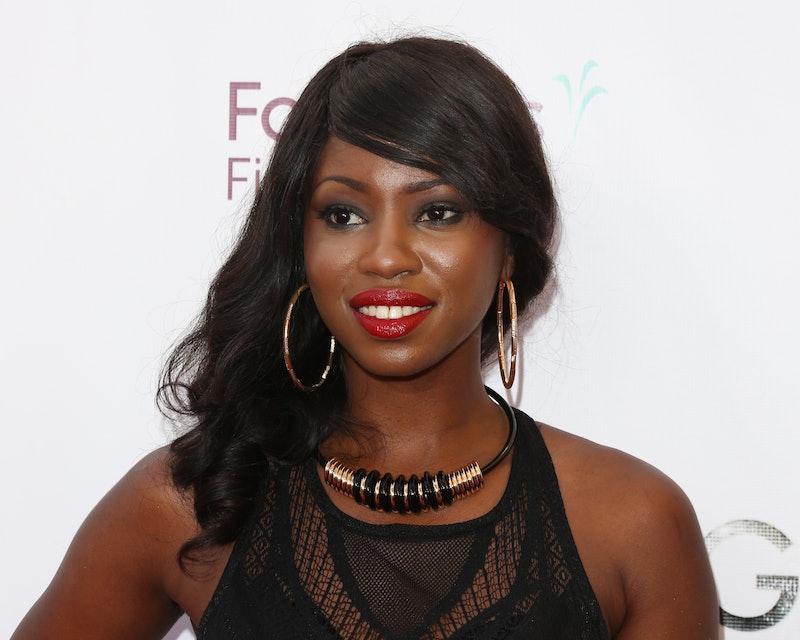 Vanderpump Rules is making an effort to change its show for the better, and it is not going unnoticed. In fact, Faith Stowers' reaction to the firings of Stassi Schroeder and Kristen Doute indicate that the reality star is "hopeful" for the future ,and feels "vindicated" that actions are being taken to evoke real and positive change on the series. And while it's just the first step in a long fight for racial equality in reality TV, Faith definitely thinks it's a good start.

"I feel so vindicated studios and production are able to see blatant racism and make these positive changes and help move the race forward—help with the fight forward," Faith told Page Six in a recent interview. Bravo announced on Tuesday, June 9 that Stassi and Kristen would no longer being appearing on the spinoff series after hearing about the racist actions they made against Faith during her time on the show. Bustle reached out to reps for Stassi and Kristen, but did not receive any immediate responses.

Last week, Faith shared that her former co-stars had once called the cops on her in an attempt to have her arrested. The two of them have since apologized for their previous actions and insensitive behavior; however, the network ultimately determined that an apology simply wasn't enough and released a statement, as per Variety, stating, "Bravo and Evolution Media confirmed today that Stassi Schroeder, Kristen Doute, Max Boyens and Brett Caprioni will not be returning to Vanderpump Rules."

Knowing now how things have worked out, Faith is grateful that she had the courage to speak out about what happened and advocate for herself against their mistreatment. She also admits that putting herself "in the line of fire" proved to be quite beneficial, especially since she's seeing a domino effect happen among other networks.

"Now I'm seeing Bravo follow suit — the same as MTV and The Challenge — [by] letting go of castmates that have also made racist remarks," Faith stated to Page Six, referencing how MTV recently fired Dee Nguyen in the wake of her recent Black Lives Matter comments. "Bravo is releasing women that have given them crazy ratings because they want to be on the right side of history."

Getting fired isn't the only form of backlash these former Vanderpump Rules cast members have faced. In the wake of Faith's story, notable brands such as Billie, Secret Deodorant, and Skrewball Whiskey have opted to end their advertising partnerships with Stassi, according to E! News. Additionally, Variety reported that Stassi was also dropped by her agency and publicist on Monday, June 8.

Let's hope that networks continue to hold their employees accountable for their actions and help to bring racial injustice to an end once and for all.