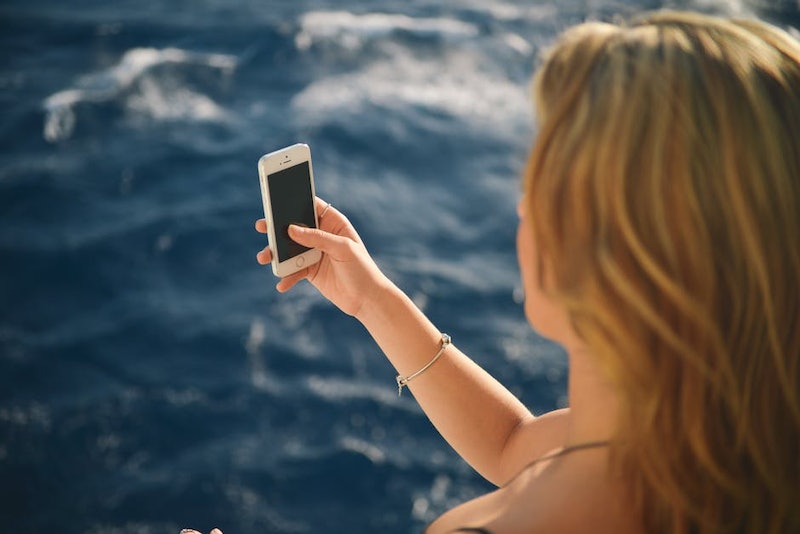 The Guardian’s report details how scammers are capitalizing on social media by allegedly setting up fake Facebook and Instagram accounts in the names of legitimate modeling agencies like Storm Model Management and BMA Models, then allegedly using those false accounts to approach teenagers. The scammers will allegedly claim to want to “recruit” the girls; they then allegedly either encourage them to send topless or lingerie photos, or rope them into a Skype “interview,” during which they’ll be asked to wear lingerie or remove their clothing. The images acquired by these means may then later be used allegedly to extort money from the targets.

Storm managing director Sarah Doukas told The Guardian, “The rise of social media has impacted greatly on why modelling agency scams are increasing. Firstly, a lot of young people’s Instagram accounts are not private, and consequently they are easy to approach. Secondly, fraudsters are becoming more sophisticated because of social media generally.”

DI Chris Felton of the National Fraud Intelligence Bureau agreed, noting, “Social media means [scammers] can now reach a larger audience than previously, and if you are after a younger demographic, then it’s an easy way to reach them. [The number of cases of scam model recruiters] may have gone up slightly, but if you look back, social media will have played a bigger role because it’s how people communicate now.”

Indeed, the current report is from the first time this kind of scam has made waves — and sadly, it will likely not be the last. Just last year, for example, accounts in the name of London-based agency Base Models began appearing on Snapchat — except that the agency was not and has never been on Snapchat, let alone used the platform to recruit models. Rather, these accounts were fraudulent, run by scammers posing as employees of Base Models who targeted girls on the platform who were between the ages of 14 and 19. The scammers allegedly told their targets that, as models, they could earn anywhere from £500 and £50,000 with their work; they also encouraged them to send lingerie shots.

According to the BBC, Base Models started hearing about these a fraudulent Snapchat profile bearing the company’s name in October of 2016; however, although they reported the issue to Snapchat, who shut down the account, other accounts running the same scam popped up again soon after. Around that same time, a man had also allegedly been posing as a scout for Base Models on Instagram and asking girls to expose themselves to him during fake “interviews” he had conducted on Skype. Said the agency in a statement at the time, according to the BBC:

Be aware there are many individuals, fake photographers, and scouts using the internet claiming to be affiliated [with] or members of Base Models.

Should you be contacted by anyone claiming to be any of the above, you should first contact our office immediately so we can verify theiridentity.

Base Models never conducts interviews via Skype, never requests nude or lingerie photos, and never requires any money from applicants.

So how do you spot a fake model scout? Well, the first rule is that if they contact you on social media, they’re probably not legit; additionally, though, there are a few other things to look out for, according to fashion, beauty, and lifestyle website LiveAbout. A legitimate agency will never ask you for money, will pay for your test shots, and will not ask you to pay for a “comp card” (essentially a business card); additionally, it’s unlikely that you’ll be asked for nude, lingerie, or otherwise suggestive photos, especially if you’re not already an experienced model. “Photographs like this are usually highly artistic and require a certain degree of experience on the part of the model to make them work,” notes the website. “Legitimate modeling agencies will not ask an inexperienced model who likely has a lot to learn about their best angles and how to pose to take risqué photos. What they may ask is for you to take a picture in a bikini or even lingerie but these shots will be catalog-looking, soft, somewhat innocent and not overly provocative,” they add. “If an agent asks you to take sexy photos right away, walk out the door and don’t look back.”

Also, it’s worth bearing in mind that the targets of these scams are often young and not experienced enough to be able to identify a scammer on sight. Start by talking to kids about social media and online safety — which also means you’ll have to stay on top of how the social media world works, even if you might not otherwise be interested in following it.

Jessica Barker of Redacted Firm, a cyber security consultancy, to The Guardian, “Awareness is key. This form of attack is very unknown and people are not talking about it much in media. If you’re in this situation, approached by someone asking you for explicit images, don’t send them. A reputable model agency, for example, would never ask for someone to send naked images of themselves. If you have sent the images and are worried about being scammed, or you have received threats, tell a trusted adult.”

Above all, be a safe person for kids and teens to go to if they have questions or concerns about anything they might have seen, heard, or experienced. It might make all the difference.