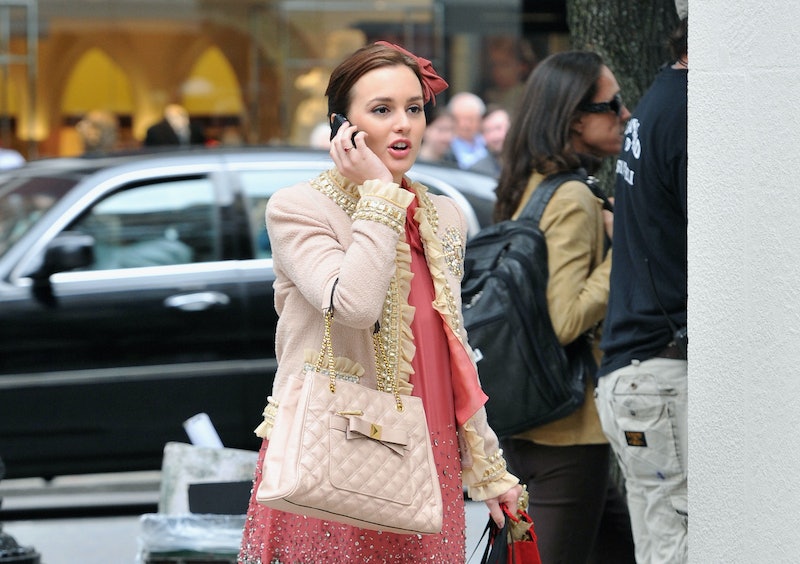 These days, with a quick Google search, you can find superfans of almost anything and anyone. Whether you love Beyoncé, the New York Yankees, Game of Thrones, or Guy Fieri (yes, he has a very enthusiastic fanbase), you’re bound to find a place to share your endless love and devotion. And participating in fandoms online can be as simple as following a few fan accounts on social media, or as involved as writing fan fiction that's 10,000 words long. When I was a budding teen fan of the Marvel universe and Game of Thrones, platforms like Tumblr allowed me to air my obsession of the moment with as much fervor as I wanted. But I discovered that while fandoms are a place to demonstrate love and appreciation," "fan armies" can also make themselves into weapons of harassment and intimidation that threaten to undermine all that love and inclusion. And they are hard to stop, even when they want to.

During my brief stint as a superfan on Tumblr, I saw firsthand how this happens. When Gossip Girl debuted a romantic storyline between queen bee socialite Blair Waldorf and middle-class good guy Dan Humphrey in the show’s fifth season. Some fans loved this relationship, while others were loyal to the multi-season arc between Blair and her ex-boyfriend Chuck Bass. To be clear, neither suitor was a particular winner — both displayed very questionable (often misogynistic and even criminal) behaviors throughout the show’s run. Online, Blair and Chuck supporters were labeled "sympathizers" to abuse and sexual misconduct. Those rooting for Dan were swiftly cut down as not "true" fans.

We all have our idols, but the line between appreciation and obsession has been blurred.

The labeling and shaming that ensued during these debates, and the attacking that followed, was not only hurtful to those targeted, it was, frankly, unproductive. It was as though there were rules about the right way to be a fan — certain characters you should like, others you should hate. If you felt differently, well, that meant you weren't a real fan at all.

However, many of the debates on Tumblr were constructive. There were discussions about how so many shows about young people living in New York (Gossip Girl, Girls, Friends, and Sex & The City) centered around straight, white characters. Tumblr opened my eyes to scores of nuanced opinions from an array of people, in a space that wasn't intimidating to me. Our fandoms, whether focused on The Avengers or Downton Abbey, were vehicles to talk about larger issues — feminism, race, and LGBTQ representation, for instance. And I maintain that this kind of engagement is a net positive.

One of the hallmark traits of a celebrity fandom in particular, is the staunch defending of the "faves" — figures the fandom regards as nearly infallible — against any kind of hate, criticism, or insult. (Example: What we saw happen with Beyoncé's so-called "Beyhive" and Rachel Roy after Lemonade came out.) While it’s easy to watch fandoms from the sidelines, to be an active player in fan culture can be a perilous undertaking. In July 2018, writer Wanna Thompson tweeted about Nicki Minaj’s upcoming album, writing (in a now-deleted tweet), “You know how dope it would be if Nicki put out mature content? No silly stuff. Just reflecting on past relationships, being a boss, hardships, etc. She’s touching 40 soon, a new direction is needed.” As reported by The New York Times, the writer received hateful messages across social media, as well as via her personal cell phone number and email address. Minaj herself contacted Thompson through Twitter with two scathing direct messages, the Times reported.

In an email to Bustle, Thompson said the following:

"What happened to me isn’t a singular experience and that’s why I think it’s a sad situation all around. I have been harassed and targeted online before but it hasn’t reached this level in the past. The insults I have received were not only ugly, it’s a reflection of a much larger problem. A lot of celebrities sit back and watch their fans attack and while I believe it’s not their responsibility to monitor every single move, I think it’s imperative to speak out against this behavior. I pride myself on being 'strong' and powerful but there are others who may harm themselves if they experience a fraction of the malicious messages I’ve encountered since I tweeted my opinion on the veteran rapper.

I’ve watched fan culture grow into this nasty, bitter, insufferable war over the last few years and it’s just a mess. We all have our idols, but the line between appreciation and obsession has been blurred. Maybe it’s due [to] apps like Instagram that give people a sense of 'entitlement' because their faves are oversharing every single moment of their lives? I don’t know. I just want to use my energy and my platform to advocate against censorship and work closely with organizations who work to eliminate cyber-bullying."

The issue here is when the unwavering loyalty of hundreds of thousands of fans turns vitriolic and toxic; when fan culture glorifies people to superhuman levels while simultaneously dehumanizing those who aren't as worshipful.

You don’t have to be immersed in a fandom to recall a time when like-minded fans swarmed into a toxic mob on a dime. Following the release of Star Wars: The Last Jedi in December 2017, one of the film’s stars, Kelly Marie Tran, was subjected to intense criticism from a subset of the Star Wars fandom. While many were thrilled by Tran's presence as the first woman of color to take a lead role in the franchise's 40-year run, she was unwelcome to a subset of people who felt that there was no place for inclusivity in their fanbase. Racist and sexist remarks were spewed at her by self-proclaimed fans of the long-running franchise. The attacks culminated with her deleting her Instagram posts in June 2018.

The fandom's rejection of Tran speaks volumes about who gets accepted as "real" fans in the first place. Tran was herself a fan of Star Wars and eager to expand representation. In an interview with Variety after the premiere, Tran said, “A lot of Star Wars fans who are specifically Asian never had a character they could dress up like, or they would and people would always call them 'Asian Rey' or 'Asian fill-in-the-blank.' I get very emotional when I see people who are able to identify with this character.”

We need to acknowledge that fan culture offers deep connections with real people — not usernames and avatars.

After Tran deleted her Instagram posts, her Star Wars co-star Mark Hamill and director Rian Johnson were swift to defend her and condemn the hatred. And this isn't the only example of celebrities speaking out against toxic fan behavior. In 2013, Selena Gomez called out fan account @SelinaGomesFan for encouraging another one of her fans to self-harm. The singer wrote, "This is ridiculous. @selinagomesfan my fans don't do this to others. That's not what I stand for so you can gladly stop being a fan of me. I only encourage love, confidence, kindness." She shared a screenshot of the comment on her own Instagram page, where she has 139 million followers.

The content you devour shapes you, in both good and bad ways. Fan culture continues to have the capacity to nurture extremely empowering spaces. That said, there’s an ugly side to passionate followings, as evidenced in the actions of extreme fandoms. And although fandoms are masked by the anonymity the internet offers, that does not excuse the behavior, the harm it causes individuals, or the way it makes online spaces we look to for community and validation less fun and less safe. We need to acknowledge that fan culture offers deep connections with real people — not usernames and avatars. As such, participation implies responsibility —  to treat our fellow fans with the respect every real person deserves.