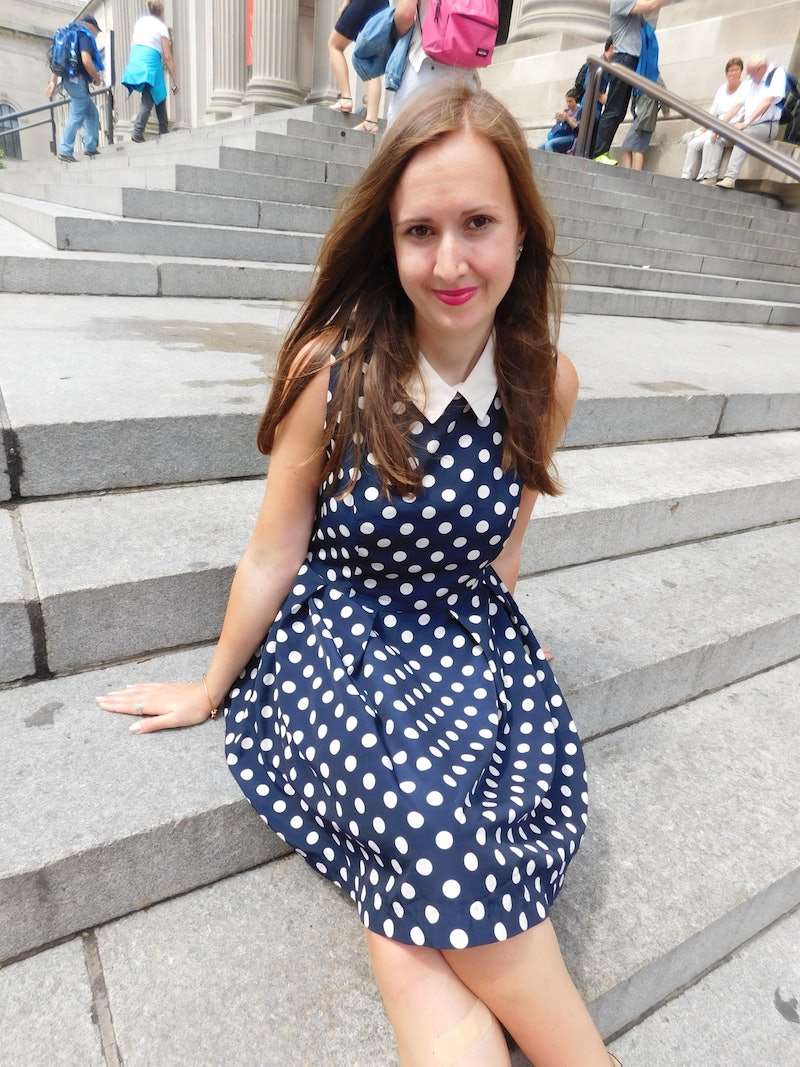 Just mentioning the name Kate Spade brings a flood of memories for every millennial who spent their late teens and early 20s lusting after boxy, brightly colored handbags and wallets. They were graduation gifts. They were a reason to save up babysitting money. They were the crown jewel of the T.J. Maxx handbag section. For me and many of the other girls I knew in my teens, obtaining something from the Kate Spade collection was a rite of passage.

Which is perhaps why so many are grieving the loss of designer Kate Spade, who died by suicide on Tuesday at age 55. While many mourn the loss of the fashion icon like a dear friend, looking at her place in culture and fashion, my own history with Kate Spade is different.

In 2013, I was in one of the worst depressions I have ever experienced: extremely isolated, lonely, and suffering through an eating disorder I didn't think I would ever get out of. One June evening I pulled out a Kate Spade scarf and shut the door, intending to end my life.

Suicide is a word spoken in a whisper and written in a headline. However, when mentioned that cause of death, especially when it happens to a celebrity, we rarely talk about the depression and lifelong battle with mental illness that comes with it. While more Americans are suffering from major depression than ever before, we still live in a culture where mental health stigmas are common, and Spade’s death is a painful reminder that depression does not discriminate.

After my suicide attempt, I was desperate to fill the black hole in my life that my depression was creating. I found relief in the oddest of places: clothing.

I’ve always had a love affair with fashion. Even at a young age, I would spend hours in my closet, picking out the perfect outfit. Shopping with me takes hours: I have to touch every single item, feeling the texture and imagining myself in them.

In the thick of my depressive episode — which I like to call a “lost weekend” though it stretched out to six months — it was hard for me to wear anything that didn’t involve a T-shirt and jeans. What was the point? No one would see me, no one would care.

Not long after my attempt, I was flipping through a fashion magazine when I came around a glossy ad for Kate Spade where I was enchanted by the simple elegance. So tailored and controlled, with a fun pop of color. It was something I wanted to inspire in myself, polished but still fun; not the scattered, blank person my illness was trying to make of me.

Slowly I fell in love with fashion again. I stopped buying expensive stuff just to fill an expanding void, and instead would carefully select pieces I loved and hoped to wear to some event in the mysterious future: jobs interviews, dates, coffee with friends. I would spend hours in outlet malls feeling the buttery leather of handbags and wallets for the pure enjoyment that I was still here and could touch things. I was still around to marvel at something as trivial as the neat gold lettering of a wallet that seemed to scream “sophisticated adult with a future.” And that was enough.

While Kate Spade was a brand I long coveted but rarely could afford, I copied Spade's style into my life, creating a composed, put-together wardrobe that made me feel grown-up and controlled, but also witty and playful. My internal life may have been a mess, but on the outside, I created a battle armor to take on the world. By creating a style and putting together “looks” I was, in my own way, planning out a future that I could not see months before.

This is not to say that I was cured — far from it. Of course, that doesn't mean I didn't try to treat fashion as a cure. For years, I channeled my love of clothing into a method for beating my depression. I browsed online for clothing (and splurged a lot). I created a fashion blog my junior year of college as a creative outlet for both my love of fashion and a attempt to escape my illness. I received compliments for my style and aesthetic, and while all of this did produce a momentary high, it wasn't enough to end my mental illness. I learned the hard way that fashion, blogging, and other hobbies are "therapeutic" but they are no substitute for actual therapy and medicine.

No matter how well I dress, my mental illness with always be with me. I've realized that my outfits and style are not only a hobby and a passion, but they're also a defense mechanism, something to ward off people's questions. Sometimes I feel like I transform with clothing — and with the right dress and shoes, I no longer feel like "depression girl." Outfit planning, organizing my closet, and wearing coordinating looks are not answers, but channeling my focus from self-destruction to self-care has been useful for me, and I can only hope it will be useful for others. Fashion might not be able to save me from my mental illness, but it has helped me make a change in my mindset.

More like this
3 Afro-Indigenous TikTokers Share Their Most Meaningful Beauty Rituals
By Jada Jackson
Melissa Barrera On Anxiety, Aloe Vera & Finding Self-Love
By Brittany Leitner
The Millennial “Queen Of Manifesting” On Turning Jealousy Into Inspiration
By Faith Xue
Plus-Size Vintage You Can Buy Online Or In Store
By Dominique Norman
Get Even More From Bustle — Sign Up For The Newsletter