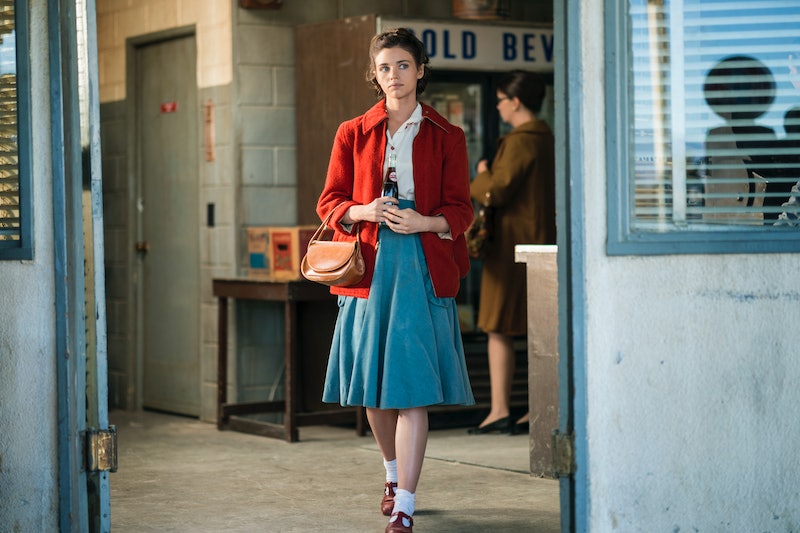 A new TNT drama has the potential to deliver serious thrills and compelling mystery, and the most intriguing part is that it's all inspired by true events. I Am the Night's Fauna Hodel was a real person, and her story is one that'll suck you in and leave you shaken. The show focuses on the infamous 1947 murder of Elizabeth Short, better known as the "Black Dahlia," and aims to dissect a personal aspect of the crime that surrounds one of the alleged suspects.

According to the show's site, I Am the Night focuses on Fauna's journey as teen to find out more about her past. She was given up for adoption at birth and knows little about her origins, but eventually learns that she's somehow connected to a Los Angeles gynecologist, George Hodel. Per Cosmopolitan, Fauna was the daughter of Tamar Hodel, George's daughter, making Fauna the doctor's granddaughter.

So what does all of this have to do with the Black Dahlia murder? Well, according to the Los Angeles Times, George was investigated by Los Angeles police in connection to Short's murder, though he was never charged in the case. Per the University of North Carolina, Tamar also previously accused her father of sexually abusing her when she was 14, and though he was acquitted on the charges, the trial did lead police to bug his home in 1950. The Times reports that a transcript of a recording obtained during that time reportedly features him saying, "Supposin' I did kill the Black Dahlia. They couldn't prove it now. They can't talk to my secretary because she's dead." The publication further states that this was in reference to a report the LAPD received that George may have allegedly poisoned a secretary after learning she was writing about him in her diary.

I Am the Night takes creative liberties with how it tells its story. For example, director Patty Jenkins told GQ that Chris Pine's character, Jay Singletary, isn't based on a real person, but is inspired by a combination of many different real-life figures. For the most part, however, it seems to stay true to Fauna's version of events — per The Hollywood Reporter, Jenkins and her husband Sam Sheridan (who created and wrote the show) were personal friends with Fauna, and CNN reports that her autobiographical book served as the main inspiration for the TNT show.

Fauna died in 2017 after a battle with breast cancer, according to a post by her uncle, Steve Hodel, on his website. Steve, George Hodel's son and a retired police officer, has been incredibly vocal about his belief that his father was the culprit behind the Black Dahlia murder. According to the Guardian, he's spent years piecing together clues that he alleges connect George to not only Short's murder, but dozens of other murders across California, and even wrote a book about it. Even though Elizabeth Short's murder remains unsolved, the controversy surrounding it still swirls, and this new Fauna-focused show will thrust it back into the spotlight yet again.