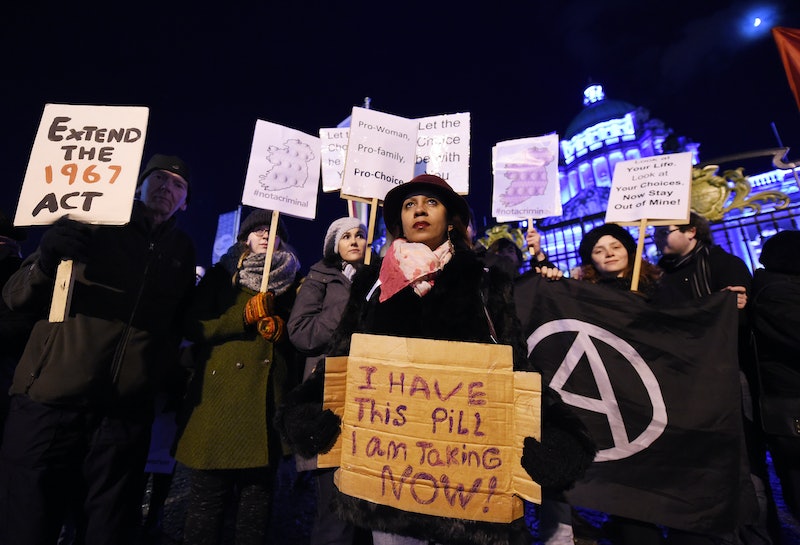 The letter, which was published on July 1, was signed by 75 reproductive rights advocacy groups, legal experts, and health care providers, all of whom insisted that medication abortions have a strong record of being both safe and effective. The letter also urged the FDA to make decisions about medication abortion access based on science, rather than politics.

"If the laws and regulations that determine the terms of abortion access in the United States were based on science — not politics — medication abortion would be widely available in the United States without medically unnecessary restrictions on distribution," the letter stated. "However, due to the politics of abortion, medication abortion has been over-regulated by the FDA, and pushed further out of reach for many by state restrictions."

In March, the FDA ordered Aid Access to cease its operations in the United States on the grounds that the service was introducing "violative drugs" to the domestic marketplace. The FDA has also sent warning letters to other foreign online providers of abortion pills, Reuters reported, but pharmacy officials in multiple states have said that they don't currently have an effective way of tracking or regulating abortion pill shipments.

Following an online consultation, Aid Access ships a combination of mifepristone and misoprostol to pregnant people who can then use these pills to self-manage their own abortions. Dr. Rebecca Gomperts, who launched Aid Access as well as a similar service called Women on Web, told Bustle last year that she sees these services as "humanitarian aid."

The FDA approved self-managed medication abortions in 2000, per the Guttmacher Institute, but with a caveat — the sale and use of mifepristone is and will continue to be regulated by the FDA. Farah Diaz-Tello, senior counsel at the reproductive justice legal advocacy group If/When/How, tells Bustle via email that the FDA's restrictions on abortion pills "are transparent efforts to prevent people from getting the care they need in a manner that they prefer."

"The FDA claims that it is targeting websites that allegedly distribute abortion medications out of concern for the health of pregnant people, but disregards both the research establishing the safety of abortion with pills as well as reasons people might be seeking abortion pills on the internet," Diaz-Tello says. "In some states, bans on telemedicine mean that people seeking abortion medications still have to travel long distances and go through all the same humiliating waiting periods, mandatory ultrasounds, and other barriers imposed on people seeking an abortion procedure."

In fact, the FDA is currently using its ability to regulate mifepristone to demand that Aid Access stop shipping these abortion pills to pregnant Americans. The organizations and activists who signed the July 1 letter, however, are urging the FDA to change course, noting that abortion is becoming increasingly difficult to access in certain states.

"Access to abortion is under direct threat today, with near-total bans on abortion care recently signed into law in Alabama, Georgia, Kentucky, Mississippi, and Ohio," the letter said. "This is happening in a context in which abortion is already inaccessible for many: 90% of U.S. counties have no abortion clinic."

According to the Guttmacher Institute, there is an abundant amount of research demonstrating the safety and effectiveness of medication abortions. Dr. Ghazaleh Moayedi, an OB-GYN in Texas and a board member for Physicians for Reproductive Health, tells Bustle via email that the "regulation of medication abortion by the FDA and state legislatures has been driven by politics," rather than "science and high quality research."

"Withholding medications we know to be safe and effective from the public is unethical," Moayedi says. "Both surgical abortion and medication abortion are exceedingly safe and both procedures have the same risk. The best abortion for any person is the one they want."

Moayedi was one of the individuals who signed the July 1 letter, which also alleged that "there have been at least 21 known arrests in the United States of people for ending their own pregnancy or helping someone who has made the decision to do so," making self-managed medication abortions a legal risk — even though they do not necessarily pose a medical one. The letter's signatories concluded by urging the FDA and elected officials to lift existing regulations on medication abortions, in order to make them more accessible to pregnant people who may not otherwise be able to access safe abortions.