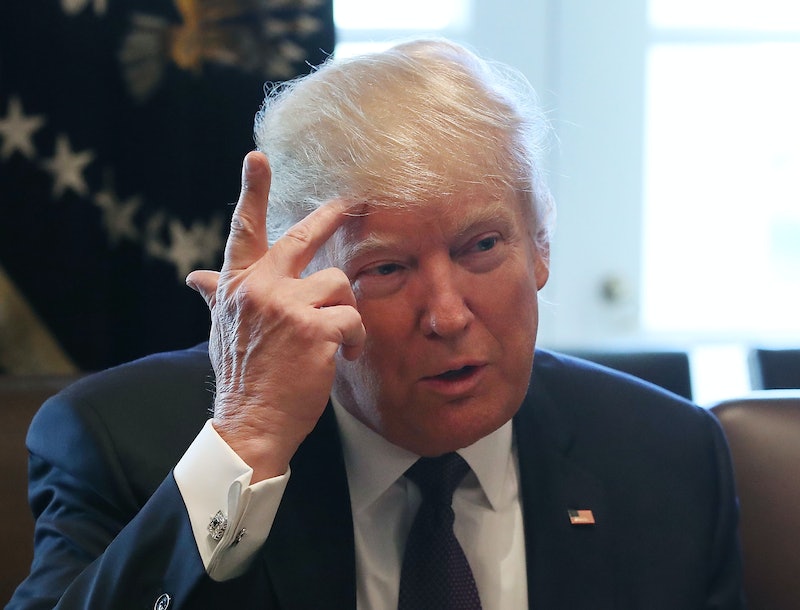 Monday was a big day for Donald Trump's presidency. No, he didn't absolve himself of his business holdings, or release his tax returns, or fire any of his controversial cabinet members. However, Monday was the first workday that Trump didn't tweet before 8:15 a.m. EST since he became president. Instead, he waited until almost 11:00 a.m. EST to send off his first tweet of the day. That's ... an improvement, I guess?

On the face of it, it might not seem like a big deal that Trump waited a bit longer to tweet this time around. In context, though, it does matter. It matters a lot.

For instance, Trump has tweeted before noon on every working day of his presidency, and yet he sometimes skips his daily intelligence briefings. When a president pays attention to his Twitter all day, every day, but doesn't attend all daily intelligence briefings, it doesn't send a good message to the public. Personally, it makes me wonder whether he's taking his job as seriously as he should be.

Or, consider how slow Trump has been in hiring people to actually staff the federal government. Trump and his transition team hadn't even nominated people to fill around 96 percent of key cabinet positions when he took office. Three weeks later, that number has dropped to ... 95 percent, according to the Washington Post and the Partnership for Public Service. Trump isn't making much headway on building a government workforce — but he hasn't missed a tweet!

Professor Jennifer Grygiel studies social media at Syracuse University and told McClatchy she doesn't think the lack of a pre-8:15 a.m. EST tweet is a coincidence.

This is just another signal. Social media managers can easily build a schedule to make sure there are constant posts. So the lack of a tweet is a signal ... Maybe a best case scenario is a he’s going to take a route on social media that is more presidential.

It may seem silly to draw these connections, but it isn't. Americans deserve to know which action items their president prioritizes and which ones he doesn't, and Trump's actions point to the disturbing conclusion that sending tweets could be too high of a priority. It's frightening enough that the president refuses to attend daily briefings or hire a government in a timely manner, but that behavior could maybe be excused if, I don't know, Trump had been occupied by a round-the-clock foreign policy crisis since taking office. But he hasn't. What Trump has probably been occupied with is the Twitter app on his phone.