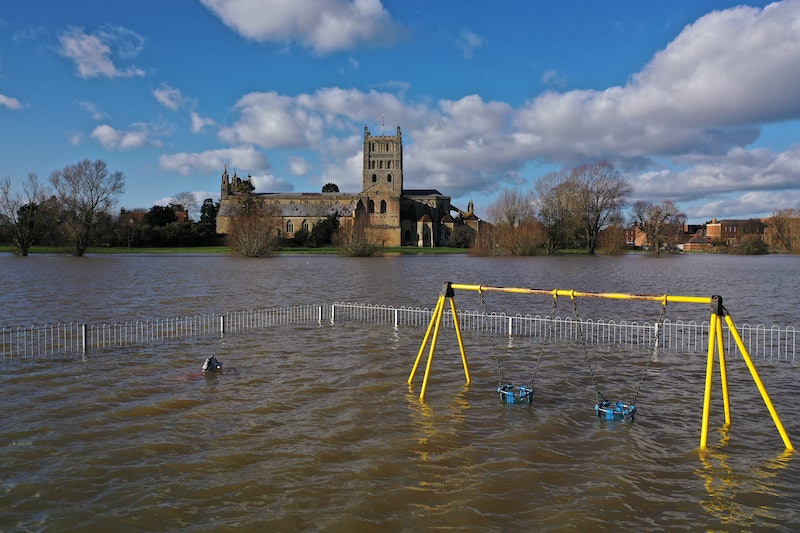 With what seems like a newly named storm hitting the UK every week, it comes as no surprise that February 2020 was in fact the wettest February on record. According to the Met Office, the UK experienced 209.1mm of rainfall, making it the heaviest rainfall since records began in 1862. This winter – December, January and February combined – was also the fifth wettest winter on record. But is the recent rainfall the result of climate change? And who is it affecting the most?

Over the past few weeks, the UK saw no fewer than three Atlantic storm systems – storm Ciara, Dennis and Jorge – cross its shores, resulting in severe flooding. Wales, Yorkshire and the Midlands were hit the hardest. Communities situated around the overflowing River Severn were also affected by flooding. In East Yorkshire, residents in the town of Snaith were even being offered temporary accommodation 46 miles away, as per The Guardian.

“Every flooded home is a personal tragedy, and with a changing climate we will need to become more resilient to flooding," said John Curtin, Executive Director for Flood Risk Management at the Environment Agency. "I’d urge the public to be aware of their flood risk, sign up to flood warnings, and make a flood plan if they are at risk.”

Is climate change behind the recent rainfall? According to the Met office, “since 1998, we have seen six of the ten wettest years on record,” which suggests it is getting worse. The UK may be facing its first climate change refugees, too. According to the BBC, residents in Fairbourne, a village in Gwynedd, Wales, have been told 450 houses, a pub, post office, and shops “will be decommissioned by 2054 because of the threat of sea-level rise and coastal flooding linked to climate change.” House prices have plummeted and residents will eventually be displaced.

A recent survey partially funded by UK Research and Innovation (UKRI) and carried out by researchers at Cardiff University shows that after Brexit, climate change was one of the most important issues Britons will face over the next two decades. The study also noted a rise in public concern about storms, flooding, and heat impacts, with storms and flooding remaining the highest perceived risks.

The Met Office has warned that the UK can expect the rainfall to continue through mid-March, especially in the north. It’s imperative to check flood warnings, and the Environmental Agency to find out more on what to do during a flood.