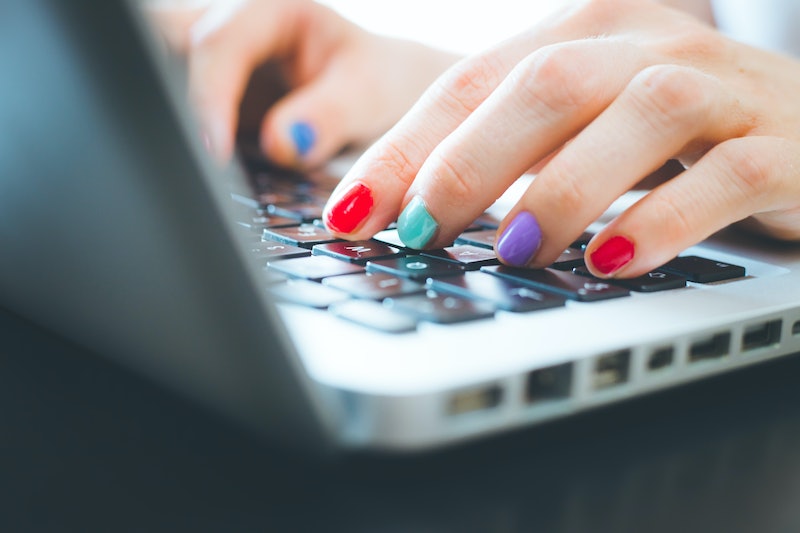 Being a good leader is often shown the way it is on Succession: the top dog, up in his office, barking efficient orders at his staff. And yes, the use of "he/him" pronouns instead of gender-neutral ones are intentional here. Cold and removed, top-down, masculinized styles of leadership are often unquestioned as the most "efficient" and "effective" way to run a company. When women and feminine people demonstrate these distant, top-dog styles of leadership, they are often criticized as a "b*tch." But feminized styles of leadership, including emphasizing cooperation over competition and interspersing positive feedback with constructive criticism, are actually more effective when it comes to what makes an effective leader.

Instead of managerial styles that emphasize competition and getting ahead by any means necessary, people tend to thrive with leadership styles characterized by training and instruction accompanied by positive feedback, according to a 2019 study published in the journal Behavioural Sciences. The study found that even beyond the office, people's motivation to accomplish task-oriented assignments was higher when instruction was tied to positive feedback.

This idea that there are certain feminine leadership styles, associated with compassion and cooperation, has deep roots in gendered socialization, according to a 2018 study published in the journal Mindfulness. No matter their assigned gender at birth, men tend to have higher levels of self-compassion than women, the study found, "suggesting that socialization plays a strong role" in how people regard compassion toward themselves and others. And, the study further concluded, people who are comfortable with the feminine and masculine parts of themselves tend to have the highest levels of self-compassion.

This self-compassion, the study suggested, can translate into treatment of others and therefore, into gendered leadership styles. And it's not just women or feminine folks who prefer "feminine" leadership styles, either. According to a 2008 study published in The Spanish Journal of Psychology, people of any gender prefer managers with stereotypically feminine leadership styles, regardless of the manger's gender. And cooperative styles of leadership have been feminized and subsequently dismissed as "weak" or "soft." The alternative for women and feminine bosses? Be called a "b*tch for being "frigid" or "cold."

In the midst of this gendering, it is of course important to remember that just because something is feminized in a patriarchal society does not mean that it's actually specific to women or feminine folks. Sure enough, a 2017 study published in the journal PLoS One found that among the few women leaders in STEMM fields (science, technology, engineering, mathematics, and medicine), there was no consistency in leadership style. In other words, women unsurprisingly do not all perform leadership the same way. But no matter how effective your style of mentorship and leadership, it may not be enough to advance other marginalized employees in the workforce.

According to a 2019 article published in the journal Academic Medicine, mentorship alone is not enough to advance the careers of marginalized workers in white, male-dominated professions. The study concluded that financial sponsorship, in addition to personalized leadership development, is also necessary to promote the advancement of marginalized people. And this makes sense, considering that economic inequities for multiply marginalized potential employees can make it all but impossible to take on the unpaid internships and other such unpaid or undercompensated labor expected of new employees.

It's important, then, to consider the ways that the socialization of empathy, compassion, and open communication plays into cooperative and positive reinforcement behavior in leadership styles. Of course, boys and men need to be better socialized and trained in empathetic leadership, just as people who aren't cis men need to given structural access to leadership roles. And anyone concerned that empathetic, "feminine" leadership styles will kill a company's bottom line can rest assured that, according to science, leading with cooperation and empathy is extremely effective.

Calvo, C. (2019) Leadership and motivational climate: The relationship with objectives, commitment, and satisfaction in base soccer players. Behavioural Sciences, https://www.ncbi.nlm.nih.gov/m/pubmed/30893929/?i=1&from=feminine.

More like this
Savannah Guthrie Got Her First-Ever Tattoo With This Former Wild Child
By Suzanne Zuckerman
24 History-Making Black Women You Probably Didn't Learn About In School
By Ayana Lage and JR Thorpe
Everything To Know About Rihanna’s Staggering Net Worth
By Hugh McIntyre
The Mysterious Gunther Corporation From 'Gunther’s Millions' Has Dissolved
By Brad Witter
Get Even More From Bustle — Sign Up For The Newsletter
From hair trends to relationship advice, our daily newsletter has everything you need to sound like a person who’s on TikTok, even if you aren’t.