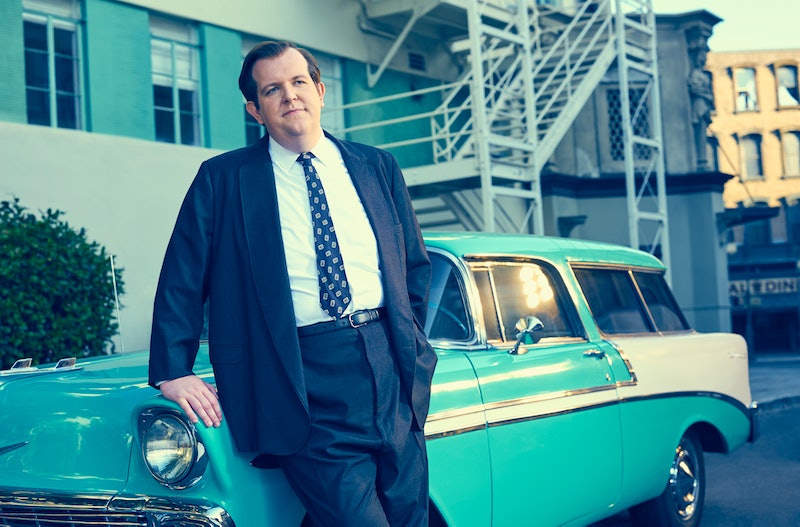 Besides Bette Davis, the only other actor to receive an Academy Award nomination for What Ever Happened to Baby Jane? was not Joan Crawford, but Victor Buono. As shown in the March 19 episode of Feud, Victor Buono was gay, which wasn't something that was openly discussed in Hollywood during the 1960s. His costar (and gay icon) Davis accepted him and his sexuality but still, Susan Sarandon's Bette in Feud encourages Victor to keep his homosexuality hidden for the sake of his career. Although not much is documented about Buono's personal life, this was a sad reality for LGBTQ actors in Hollywood at the time.

In What Ever Happened to Baby Jane?, Buono portrayed pianist Edwin Flagg, who is hired by Davis' Jane to relaunch her career. They have an odd relationship in the 1962 film, but as Feud portrays it, the two formed a fast friendship off screen. When Victor was arrested in a police raid at a gay movie theater, performing oral sex on a young man, he called up Bette to get him out of jail during the episode "Mommie Dearest." After Bette gets him out of jail, she admonishes him not for his behavior, but for being so careless since, as she says, "Something like this could ruin your career." Of course, Feud is a dramatization and there's no proof of that event occurring in real life for Buono, but it was a sad reality for many gay men.

This idea of your sexual orientation damaging your acting career was certainly very real for many gay and bisexual performers, as evidenced by celebrities like Rock Hudson and tell-all books from the likes of Hollywood prostitute Scotty Bowers. Many celebrities remained in the closet at this time, but Dominic Burgess' Buono in Feud stated how he hated lying about his identity.

While I struggled to find reputable information about his personal life, there are a few details about Buono's unspoken, but understood homosexuality. In the book, Behind the Screen: How Gays and Lesbians Shaped Hollywood, 1910-1969, author William J. Mann noted how gay actors of the 1960s started to go against the idea of marrying women to conceal their true sexual identity that had become an upsetting trend in the 1940s and 1950s and Buono was one of them. Mann wrote that Buono lived with "a series of young men" and interestingly enough, Buono's obituary in The New York Times ends on the fact that he was not married.

The actor himself had apparently spoken out about his marital status as, according to the book Fade to Black: A Book of Movie Obituaries, he said this about his not being married:

"I've heard or read about actors being asked the immortal question 'Why have you never married?'. They answer with the immortal excuse 'I just haven't found the right girl.' Because I'm on the hefty side, no one's asked me yet. If they do, that's the answer I'll give. After all, if it was good enough for Monty Clift or Sal Mineo."

(Both Montgomery Clift and Sal Mineo were reportedly bisexual, according to South Florida Gay News.)

So while Buono was perhaps never out out, he was sort of revolutionary in his own right for not pretending to be straight. That means his portrayal in Feud, where he is shown not wanting to lie, is based in reality — even if that reality sadly shows how bigoted and prejudiced even fans of Hollywood were in the 1960s.