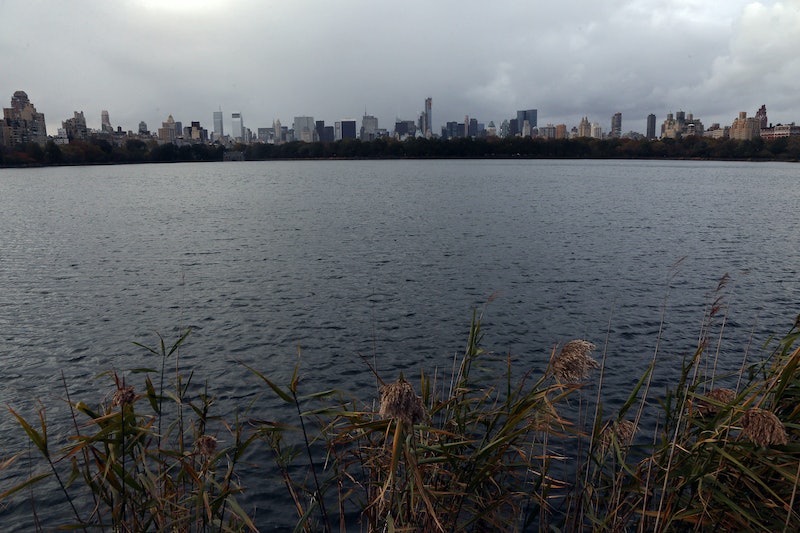 Well, friends, although the parks of New York City have no shortage of birds and bees, it appears as though there may be a shortage of the birds and the bees — which is my extremely kitschy way of trying to tell you that, per the New York Times, fewer people are getting tickets for having sex in New York City's public parks. In fact, the publication discovered that while in 2007, police officers issued 432 "sex in park" tickets to offenders, there were a mere six in all of 2018; in 2019, it seems, nary a soul has yet to earn themselves such a ticket.

As the New York Times notes, this presents a few questions, namely — are New Yorkers actually getting it on less often in parks, or have their fellow non-park-sex-having New Yorkers just gotten to a point where they have stopped reporting it? Is the state of the world as such that we are all of us thinking, "Ah, well, this could be the end times, let the drunk couple enjoy getting it on in front of God, a bunch of squirrels, and the hot duck before global warming issues in the next Ice Age and we are no longer able to copulate publicly anymore"? Or — gasp — could it be that millennials are killing public sex?

Per several interviews from the New York Times, it seems that authorities are divided on what the reality of sex in New York's public parks really is today. Phil Walzak, who the New York Times identifies as the top spokesperson for the Police Department, told the publication that he believes the lack of complaints is “probably driven by fewer overall occurrences"; another officer noted that, in order to be ticketed, a police officer actually has to witness the act, which may reduce the ticketing of reported occurrences.

That said, jokes about millennials killing public sex aside, it may factor a bit into this as well. Not only are we hesitant to have sex in Central Park because the ghost of Blair Waldorf would judge us so intensely from the steps of the Met that we'd flinch for the rest of our lives anytime we heard a headband snap, but millennials — like all generations — are redefining sex norms. The Atlantic's December 2018 cover story was about the "Sex Recession," exploring the findings that millennials were having less sex than previous generations, and also deep diving into sexy things at our disposal that said previous generations didn't contend with: sexting, dating apps, screens that keep firm barriers between us and romantic prospects. While there's nothing conclusive to say that millennials are to blame for the public sex in parks going down, there's no doubt that the landscape of sex is ever-changing, particularly since apps make it easier both to find hookups, or — as the Atlantic noted — for people to only lazily commit to finding partners, and not find hookups at all. Both of these could, in turn, discourage the pastime that is having sex in a place where eager bird watching groups will meet the next morning at dawn.

Whatever is to blame for the decline of public sex tickets, there are several things you should know about having sex in New York City's public parks, chief among them that it will cost you a $100 fine if you get caught; it is extremely cold outside this winter; and if you're caught doing something extra weird, writers from whatever the hot medical show du jour is WILL work it into an episode that will serve as your legacy long after the rest of us are gone.