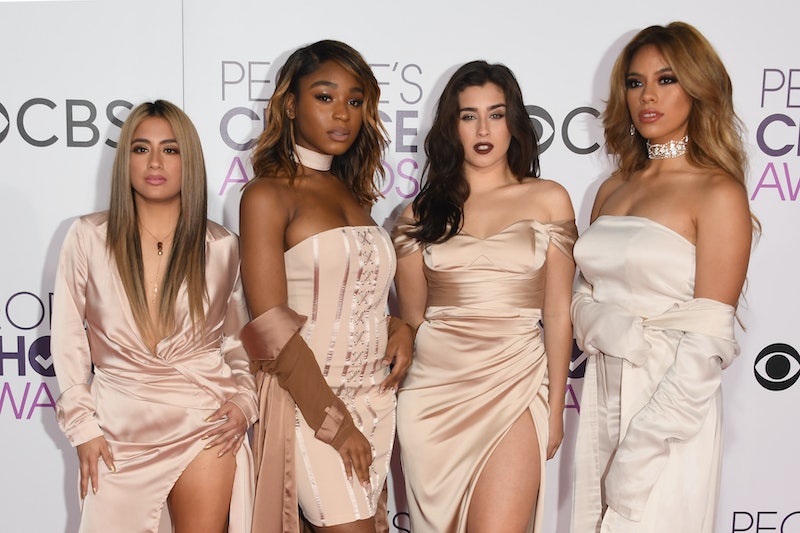 The 2017 People's Choice Awards will be remembered as the night Fifth Harmony performed as an official foursome for the very first time. The girl group had a rocky start to 2017 after Camila Cabello announced she would be leaving the group. Cabello and her Fifth Harmony bandmates had differing accounts on what happened when she left. But, having left the drama back in 2016, the remaining members of Fifth Harmony performed for the first time as a foursome at the People's Choice Awards.

In what was without a doubt the most highly anticipated performance of the night, Dinah Jane, Ally Brooke Hernandez, Normani Kordei, and Lauren Jauregui took the stage to perform their hit "Work From Home." Some had wondered whether Fifth Harmony would add a fifth member to their group before the performance, but the women did indeed perform as a foursome. In fact, they did just fine on their own, taking home the People's Choice Award for Favorite Group, as well as performing.

During their performance, the group made it clear they were proud to be a foursome, with each member standing in her own box on stage. And every time they had solos, their names were projected onto the screen behind them, clearly giving them credit for their contribution to the group.

Fans loved the performance, and it's clear that Fifth Harmony is ready to dominate 2017, no matter how many members there are.