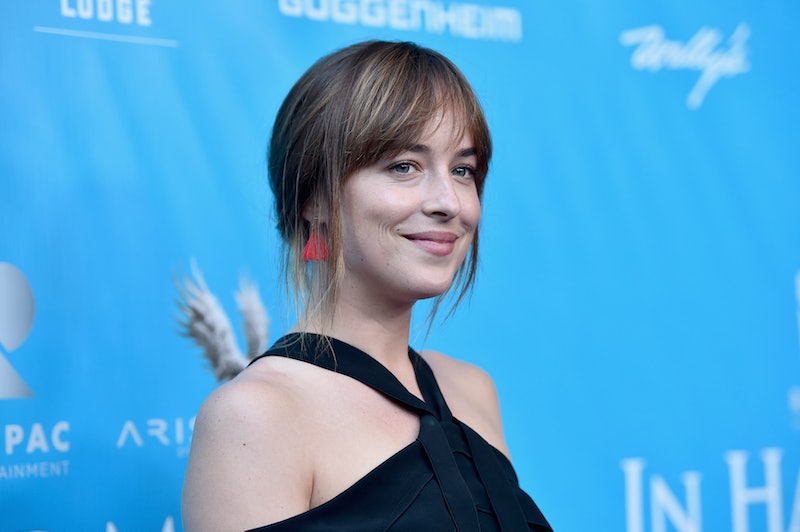 I'm an avid reader and always have been. When it comes to comparing books and their movie versions, I tend to come out hard on the side of books. That phenomenon was actually reversed in the case of Fifty Shades of Grey, and Dakota Johnson's thoughts on Anastasia Steele are finally helping me understand why. Johnson covered Vogue's February 2017 issue and, inside, gave an interview during which the actor touched on her most famous character. In the process, she explained perfectly why I was so much more drawn to Ana Steele in the movies than I was in the books.

"This woman is a badass," said Johnston. "She’s hyperintelligent and hypersexual and very tough and very loving, and her character has so many different aspects that don’t normally make sense in one person. I tried to amplify them all." I'm gonna put this bluntly: this... isn't the way I would describe the Anastasia Steele that I met in the books.

That woman seemed like more of a pushover than anything, lacking any real personality to speak of. She was like a blank tablet on which Christian Grey could write out his fantasies as the mood struck him, absorbing and acquiescing to his every whim. I'm not judging, mind you. If that's your love language, and it works for your partner as well, then more power to you. It just doesn't make for the most compelling fictional character. Ana was reactive, not proactive.

Which is why I was so impressed with the Ana Steele that Johnson brought to life for the movie. The character felt so self-aware and in control, and proactive in a way that I didn't get a glimpse of in E.L. James' writing. I think Johnson found a way to see a depth in Ana that James didn't necessarily write in.

It really speaks to the actor's commitment to the character that she was able to embrace Anastasia so fully and bring so much to the table when it came to portraying her. Whether you're a fan of the franchise or not, Johnson is really giving her all out there, and you have to admire that kind of dedication.