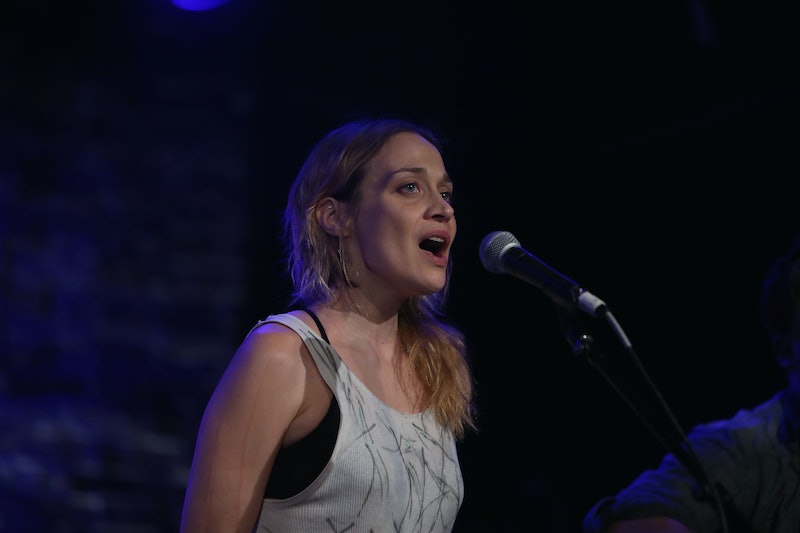 Filled with upbeat symphonies that contrast some of its more woeful musings, Fetch the Bolt Cutters is already a hit album. And in a recent interview breaking down her first album in eight years, Fiona Apple revealed her new album has a connection to the Brett Kavanaugh hearings. Speaking with Vulture, Apple broke down the 13-set tracklist and contrasted “Relay” — a song that touches on her sexual assault at the age of 12 — to Kavanaugh and Christine Blasey Ford's testimonies during his confirmation hearing that gripped the nation in 2018.

In “Relay,” Apple aptly croons: “Evil is a relay sport, when the one you burn turns to pass the torch / I resent you for being raised right, I resent you for being tall / I resent you for never getting any opposition at all.” The lyrics, Apple told Vulture, were inspired by her own experience grappling with the aftermath of assault. “The assault when I was 12 made me think about innocence and guilt and forgiveness. It made me think about a lot of big things,” she explained. “Because the first thing I did after it happened was pray for him. But you can’t stop at praying for them. You have to hold them responsible.”

Of the Kavanaugh hearings that “brought on a lot of sh*t to deal with,” Apple continued, “I don’t know what it is, that guy. There are so many of them out there, but that one guy — the fact that he’s on the Supreme Court really is probably the thing, but his f*cking attitude is just like — it was the externalized version of what you know a lot of them are feeling inside.”

Apple noted that Kavanaugh's indignant and defensiveness sparked her anger. “Just this indignant, “How could you be mad at me? Don’t make me suffer. But I’m married, but I have kids, so I can’t be a bad guy. But I was just young, don’t be so mean to me.’... Thank you, f*cking Brett Kavanaugh, for letting my anger see the light of day.”

In 2018, amid Kavanaugh’s nomination for Associate Justice of the Supreme Court by Donald Trump, Ford came forward with allegations of sexual assault against the nominee. Ford, a professor of psychology at Palo Alto University, testified throughout several days in September that Kavanaugh had sexually assaulted her in 1982. The hearings culminated in a viral image amid the resurrection of Tarana Burke’s Me Too movement: Ford — clad in her dark blue suit with her right hand up — as she testified before the Senate Judiciary Committee.