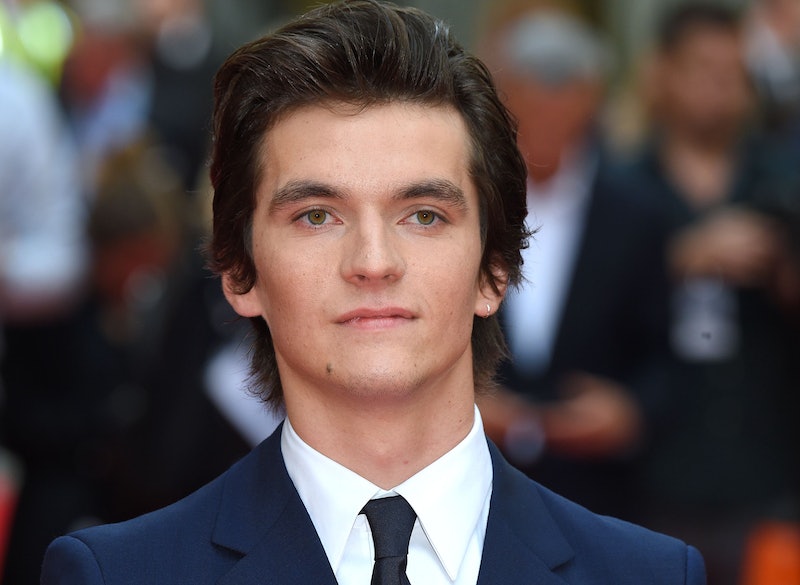 There's no doubt that Fionn Whitehead aka Stefan from Black Mirror's interactive episode "Bandersnatch" will linger in your mind long after scrambling it. His performance as a games designer who becomes unravelled by his own creation is sure to tot him up as one of the most talked about actors at the moment. While he might seem to have appeared from nowhere, that's not really the case. Whitehead has already appeared alongside some huge acting talent, and has also starred in some big blockbusters. Fionn Whitehead's role as Stefan in Black Mirror: Bandersnatch really wasn't his big first gig.

The 21-year-old should definitely be ringing some bells as he was cast as Christopher Nolan's protagonist in his 2017 war film Dunkirk. Having spotted his gleaming talent early on, Nolan compared Whitehead to "a young Tom Courtenay" (the man probably best known for playing Pasha in the 1965 adaptation of Doctor Zhivago) in an interview with The LA Times on Apr. 21, 2017.

According to that profile, Whitehead had been working in a coffee shop only a year and a half before shooting, and all it took was one audition to completely change the aspiring actor's life. After starring in the film, he admitted: "I know things will change. But I'm hoping it's nothing too drastic." That hope might have been futile.

Shortly after his big break, Whitehead starred alongside acting heavyweights Emma Thompson and Stanley Tucci in Ian McEwan adaptation The Children Act. The film, which was released in the UK on Aug. 24, 2018, saw Whitehead playing the son of two Jehovah's Witnesses, who refuses a lifesaving blood transfusion operation, owing to his parents' religion, according to Films List.

Not dissimilar to his intense role as Stefan in Bandersnatch, Whitehead told the Radio Times on Aug. 24 that filming for The Children Act "was draining. There’s never a scene where he’s having a relaxing cuppa or going to the allotment to pick carrots.” Well, at least he got treated to a bowl of Sugar Puffs in Bandersnatch — or Frosties, depending on your stance.

From glancing at his IMDB page, it doesn't look like Whitehead had to amass much experience before catching his big break. Before landing the starring role in Dunkirk, he'd only had one previous official acting stint, when he played the main role in a TV mini series called Him. The show ran on ITV for a month in October 2016. It didn't seem to pick up too much attention, but that hasn't mattered for Whitehead. At the time of getting the role, he was applying for drama school, Yahoo Movies reports, with Whitehead previously performing with the National Youth Theatre. The site also reports that the actor "grew up in an artistic household" in Richmond, just outside London, and his father is the jazz musician Tim Whitehead.

He keeps things very lowkey on social media. He does have an Insta account, as well as a Twitter, but he's only posted once on each — and that was about Dunkirk. There haven't been many interviews that have surfaced since his appearance on Bandersnatch either, so it's hard to gauge what life must be like for Whitehead since scrambling minds on Bandersnatch. I imagine it's a much better fate than Stefan's, anyway. His seriously amazing acting skills has got my wig bandersnatched.