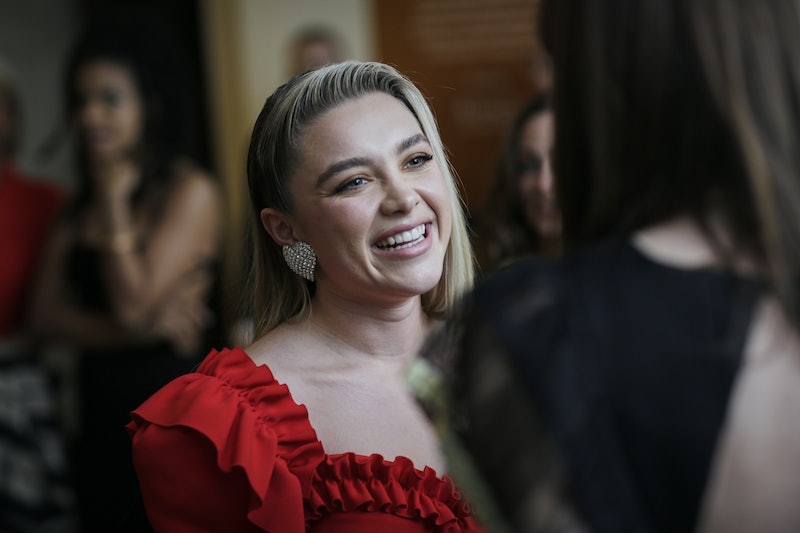 Monday mornings can be such a drag, but when you wake up to Florence Pugh making marmalade on Instagram, everything seems a little brighter. It’s not entirely clear what inspired the actor to make this zesty preserve, but she inadvertently united the globe for a short while after became a trending topic on Twitter. I mean, it’s not every day an actor uploads a hefty story dedicated to marmalade, is it?

Posted in a step-by-step format, Pugh takes her followers through the necessary steps to make the perfect preserve. It seems that she’s inherited her love for making the spread from her grandma, who “makes the best marmalade in the world”. She needs her own cooking show ASAP, because I totally want to hear her elaborate on her cooking inspos.

If you thought Pugh was trending because her recipe totally failed, you thought wrong. In fact, the Little Women star is bit of a marmalade connoisseur. Despite taking longer than she thought it would, Pugh’s Seville orange preserve passed the flake test, which is when you “pick up some of the mixture on the spoon, and you let it cool for a second and if it pours and clumps together and doesn’t drizzle like a liquid then it’s ready,” as she explains.

And this isn’t the first time that Pugh has shared her creative kitchen skills. Last month, she received an ice cream maker for her birthday and, of course, decided to make some ice cream. The only problem was, as food site Delish points out, “homemade ice cream isn’t exactly the easiest thing to make,” and Pugh accidentally picked a Michelin star recipe on top of that.

Basically, if you’re not following her already, do so immediately. Her Insta is pure joy, and this is just one example of it.