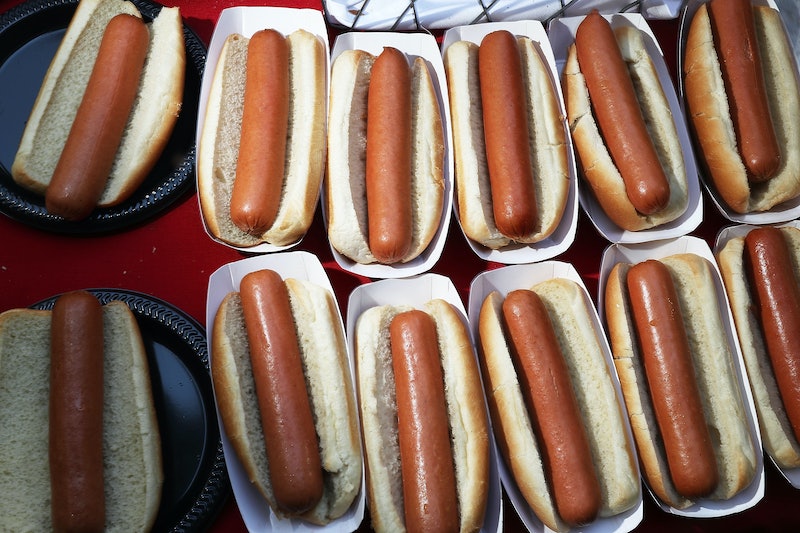 While brightly-colored packaged foods that many kids love so much may seem harmless enough, a new report from the American Academy of Pediatrics warns that many common food additives can severely impact children's health in the long term. The report warns that additives like food colorings, artificial flavorings, chemicals, and other “substances found in food contact materials including adhesives, dyes, coatings, paper, paperboard, plastic,” may be contaminating food throughout the entire manufacturing process.

The report warns that mounting scientific evidence asserts that certain chemical additives found in processed and packaged foods have some potentially dire consequences for people’s health, and can lead to long-term illnesses. These chemicals are particularly dangerous for children’s developing bodies, the AAP reports. The AAP further advises that “More than 10,000 chemicals are allowed to be added to food in the U.S., but the Food and Drug Administration (FDA) is unable to ensure [that] all of those chemicals are safe.”

The AAP also notes that many of the chemicals used under the Generally Recognized as Safe (GRAS) FDA designation never actually receive FDA approval — but are used anyway. Companies use private consultants or internal employees to assess risk factors for additives without FDA approval, and many of these additives were given the GRAS designation in the 1950s when oversight was slim to none. But for the nearly 4,000 additives listed on the FDA’s website, less than 300 can show data as to the effects of these substances on children’s development, reproductive health, and overall risk factors for the general population. That means that the vast majority of these chemical additives have not been tested for safety.

Gizmodo reports that these common food additives, particularly those found in plastics — like BPA and phthalates, which are known as "indirect additives" as they come into contact with food through packaging — in addition to myriad chemical additives, dyes, and nitrites found in processed meats, have been shown to disrupt the endocrine system, which regulates our hormones, the onset of puberty, fertility, and can even impact our sleep cycles. According to the AAP, these additives can also negatively affect developing fetuses, can interrupt or delay puberty, and may contribute to infertility along with a slew of chronic health conditions, including some cancers.

Leonardo Trasande, a researcher in children’s environmental health, and a lead author of the AAP report, was quoted in a press release as saying that these chemical additives have been linked to a number of health conditions that particularly affect children, like attention-deficit/hyperactivity disorder (ADHD). “Even small disruptions at key moments during development can have lifelong consequences,” he said. Trasande further noted that “there are critical weaknesses in the current food additives regulatory process, which doesn’t do enough to ensure all chemicals added to foods are safe.”

The AAP is calling for stricter oversight for the GRAS designation process, and more rigorous testing for potential toxicity. The AAP also notes that further research is needed to better understand these findings, but in the meantime, folks are advised to buy and eat more fresh and frozen fruits and vegetables, and eat fewer processed foods. The AAP also advises against microwaving foods and drinks in plastic containers, as the heat can cause plastics to leak phthalates and BPA into foods, and recommends avoiding plastics as much as you can overall; use stainless steel, glass, or BPA-free plastics and cans as much as possible. Researchers hope that by shedding light on these issues, more rigorous testing and oversight will mean safer foods for everyone moving forward.