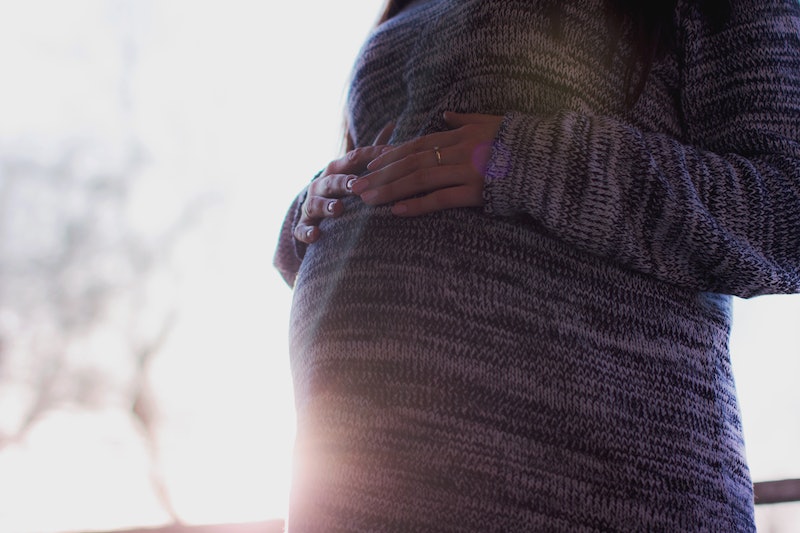 Is there anything quite as anxiety-inducing as pregnancy? Not only are you responsible for your own health, but you're also responsible now for the tiny human tadpole growing inside you. Naturally, many women may wonder if there's one question to ask in early pregnancy that will make sure everything goes smoothly. Unfortunately, that's not quite possible, but it's important to maintain a working knowledge of your own health. A better understanding of your body means you'll have a better understanding of maternal care, which can only help in the long run.

Most people associate prenatal care with vitamins and ultrasounds, but there's one test that every pregnant woman should make sure she receives in the first trimester: the blood type and red blood cell antibody screen. In case you've forgotten the finer points of what you learned in biology class, there are four major blood types — A, B, AB, and O — which are determined by the kind of antigens found on a person's red blood cells. These types are divided further based on whether an antigen known as the Rh factor is found on their blood cells. People who have this protein are called Rh positive; those that don't are Rh negative.

Most people have a positive blood type, but problems can arise when an Rh negative woman becomes pregnant. If the baby has Rh positive blood, something known as "Rh incompatibility" can occur. If the mother's blood mixes with her baby's (or with anyone's Rh positive blood, for that matter), the woman's body may view the Rh antigens as a foreign threat and create antibodies in response. As the American Pregnancy Association explains, "This means you have become sensitized and your antibodies can cross the placenta and attack your baby’s blood."

This is known as sensitization, and it’s not usually a problem for the baby during the pregnancy when it occurs. Normally, a pregnant woman’s blood doesn’t mix with her baby’s unless they mingle during delivery. When the same woman gets pregnant again, though, serious issues can arise. If her body has become sensitized and is on the lookout for Rh antigens, her immune system may attack an Rh positive fetus’s blood cells. According to Kids Health, the resulting anemia is known as hemolytic disease of the newborn, which can cause severe illness.

Before you start freaking out, though, there's good news! Rh incompatibility is a well-known possibility, which is why it's routine to get a blood test when you're pregnant. Furthermore, treatment is available. If a woman could potentially develop Rh incompatibility, doctors generally give her a shot of Rh immunoglobin (RhIG) to prevent sensitization from occurring.

In all likelihood, if you're pregnant, your doctor is hardly going to forget to give you a blood test in the first trimester. However, you can't be too careful, so make sure you get one early on. Afterward, it's one less thing to worry about.