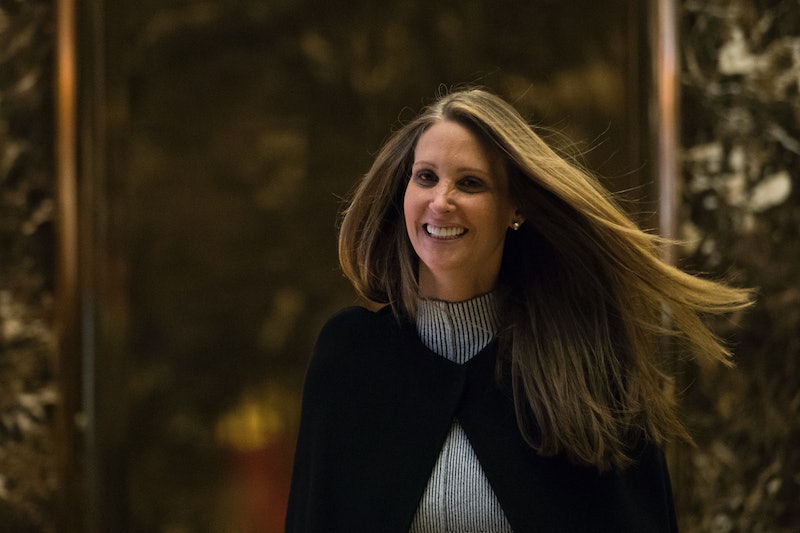 Even with Mueller's investigation wrapped up, the specters of numerous separate investigations are still floating around Donald Trump's presidency. One of these is attempting to find out what happened to a large portion of the money raised for Trump's presidential inauguration — and now one of the officials who helped organize it said that the White House mischaracterized the way that she left the administration. Stephanie Winston Wolkoff, Melania Trump's former adviser, claimed that the White House "[threw her] under the bus," according to a new statement, The New York Times reported.

“Was I fired? No,” Winston Wolkoff's statement said, per the Times. “Did I personally receive $26 million or $1.6 million? No. Was I thrown under the bus? Yes.” Bustle has reached out to Stephanie Grisham, Melania's spokesperson, for comment.

“We thank her for her hard work and wish her all the best," Grisham said in a statement, per the Times. The Times also reported that both the president and first lady tried to distance themselves publicly from Winston Wolkoff, both claiming that they weren't involved with how inauguration money was spent.

Almost a year later, though, Vanity Fair first reported that Winston Wolkoff took issue with the way her exit from the White House had been characterized in the media. Vanity Fair wrote that she asked Melania to vouch for the way she had handled the money during the inauguration preparation and how she had tried to point out potential issues. For example, she cautioned Ivanka Trump against charging what appeared to be an inflated rate to rent space at Trump properties. According to Vanity Fair, however, Melania declined to publicly defend her.

Now, this statement is the first time that Winston Wolkoff has publicly disputed the way the White House painted her exit from the administration. In an email to the Times, though, Grisham denied that there was anything to dispute.

“The White House ended Mrs. Wolkoff’s contract, period. I’m not going to waste my time arguing the semantics of what the word ‘severed’ means simply because someone decided to run to the media with hurt feelings and a bruised ego," Grisham wrote. "As stated more than a year ago, I wish Mrs. Wolkoff well.”

“A decision was made to state publicly that I had been ‘severed.’" Winston Wolkoff said in her statement, according to The New York Times. "That was not fair or accurate.”