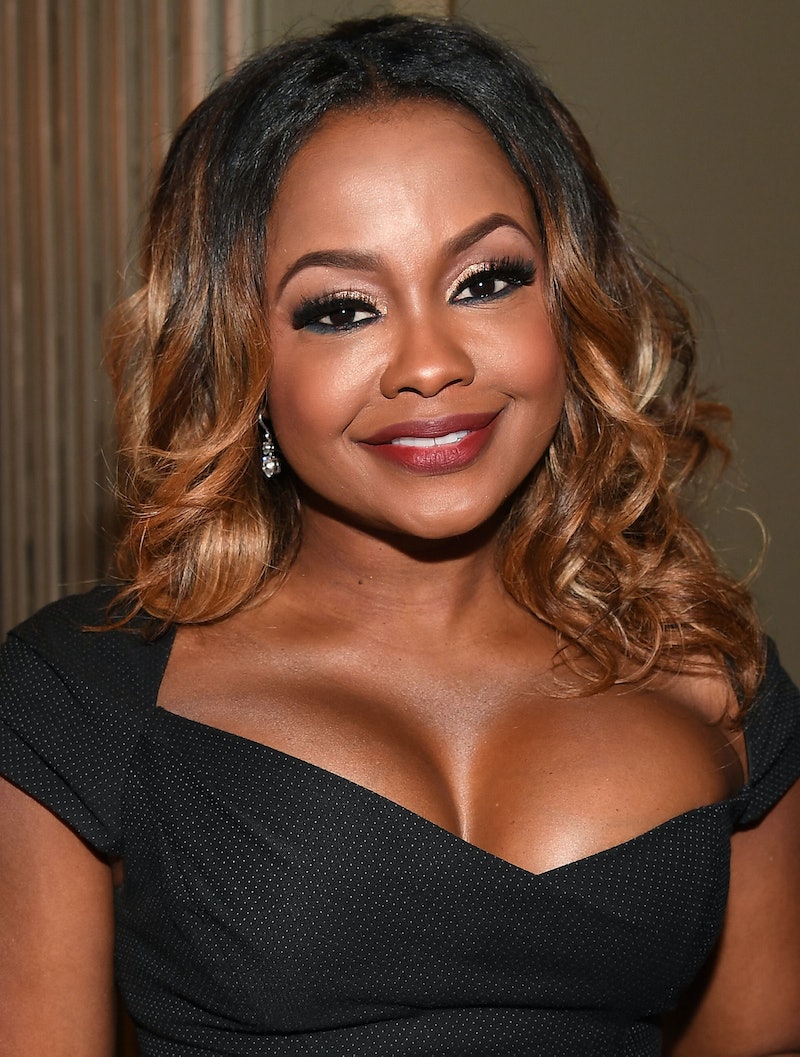 The Real Housewives of Atlanta may not be the best way to keep up with Phaedra Parks anymore (unless she decides to come back), but rest assured that she’s still living her best life. The attorney, activist, and mom has remained active on social media with uplifting quotes, selfies, and candid snapshots with her two sons. And, she’s also found love again after her well-publicized divorce from Apollo Nida. The Phaedra Parks and Tone Kapone relationship timeline is brief and has all the trappings of a new romance.

According to People, Phaedra celebrated the new year with Tone, a popular Chicago radio host, by her side at Chicago's Bureau Bar. She originally revealed her relationship to People in December, but kept the details under wraps. “I have a special guy that I’ve been seeing,” Phaedra said. “I’m really excited. We haven’t introduced him to the world but he’s a baby doll. He looks like a treat because he is a treat. He’s a great guy.”

The most recent report revealed that they have been dating for three months but Phaedra made it public knowledge on New Year's Day with an Instagram picture of the glowing couple featuring a caption that said “2019 we are ready.” Honestly, it seems like a great way for Phaedra to start off another year.

The photo sparked the interest of their respective followers, so Tone confirmed the relationship on Dish Nation. Phaedra later posted a clip of Tone talking about their union during an interview with the jam. He said they met via a mutual friend and he slid into her DMs to simply say hello. And, he couldn't stop smiling as he talked about Phaedra's wonderful sense of humor. Aww…there’s nothing like the feeling of a fresh relationship.

Of course, a RHOA-related relationship can never be completely devoid of drama. Her former RHOA castmate Claudia Jordan recently took to social media and claimed that Tone cheated on Phaedra with one of her friends, per Ok! Magazine. According to Jordan, she was on a three-way call while Tone told her unnamed friend that he loved her. She also insinuated that Tone was an opportunist and “for everybody.” Well, that's not what anyone wants to hear in a new relationship.

As expected, he responded to the accusation on Instagram by posting a couple's photo and boldly confirming that Phaedra is his only woman. Phaedra backed her man up with her own photo filled with side eye and a simple statement – “what he said.” It looks like this new couple is a united front and determined to ignore any negativity that comes their way. This is Phaedra’s first public relationship since her divorce, so she’s obviously going to be super protective of their union.

Phaedra and Tone's relationship timeline might be super short, but it looks like they are in it for the long haul. Hopefully, 2019 will lead to bigger updates and positive vibes from the couple as Phaedra takes another shot at love.