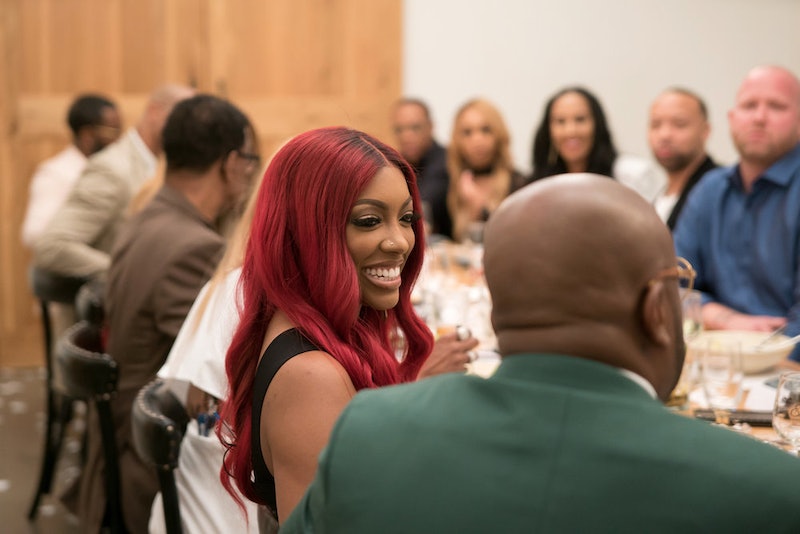 Real Housewives of Atlanta star Porsha Williams is looking forward to an awesome 2019 with the impending arrival of her baby girl and marriage to Dennis McKinley. Of course, all of these moments will likely take place in front of reality TV cameras and make headlines as fans discuss her baby name choice and wedding dress. The Porsha Williams and Dennis McKinley relationship timeline is relatively short but obviously a ton has happened during their romance.

Per People, Porsha has known Dennis, an Atlanta entrepreneur, for many years but they became an official couple in 2018. She let the world know about their union on her radio show DISH Nation Atlanta and said that he arrived in her life when she was ready to give up on love. The reality star was elusive about whether he would appear on RHOA Season 11 and insisted that she wanted to keep the relationship under wraps for a while. It made sense, especially after she has gone through a very public divorce from Kordell Stewart as well as her ex-boyfriend Duke Williams.

But, the secrecy surrounding her latest relationship didn’t last long. The couple made their social media debut on Porsha’s Instagram page with a caption gushing about how she wanted this to be her forever love because he matched her “goofy swag.”

She also started tagging her posts with #DM (McKinley’s intials) and shared photos of them dancing at parties and vibing to Beyonce and Jay-Z in August. The next month, Porsha revealed her pregnancy to People in an exclusive interview and said her bond with Dennis became even stronger after finding out they would be parents. “The pregnancy came from the left, but it definitely has brought us closer together because you realize when it sets in that you are actually bringing a life into this world, that you have to become family overnight,” said Williams.

She shared a photo of her growing belly with her IG fans, who congratulated her for realizing her dream of motherhood after suffering through several traumatic miscarriages. The post sparked speculation about an engagement for two reasons – the giant rock on Porsha's ring finger and #TheMcKinleys hashtag. But, she didn’t make the big engagement announcement until October 1 with a pic of the couple embracing each other as she showed off her incredibly gorgeous ring.

The pair celebrated this past Christmas by going on a babymoon, which is basically a couple’s getaway before the arrival of a newborn, in the Bahamas before returning back to Atlanta to ring in the new year with the RHOA crew. Of course, her Instagram page gave up all the info as she posed in a two-piece bikini by a pool and kissed Dennis to celebrate 2019. It’s not clear when Porsha’s due date is, but it’s pretty close considering the announcement was probably made several weeks into her pregnancy.

There was a bit of controversy stirred up earlier this season due to Kandi’s comments about Dennis possibly being a serial “player,” but Porsha has continuously ignored any negative energy. The Porsha and Dennis relationship timeline moved super-fast in 2018 and it looks like the pace will continue with a baby and marriage on the way. Hopefully she'll share every detail so the world can keep up with the McKinleys.