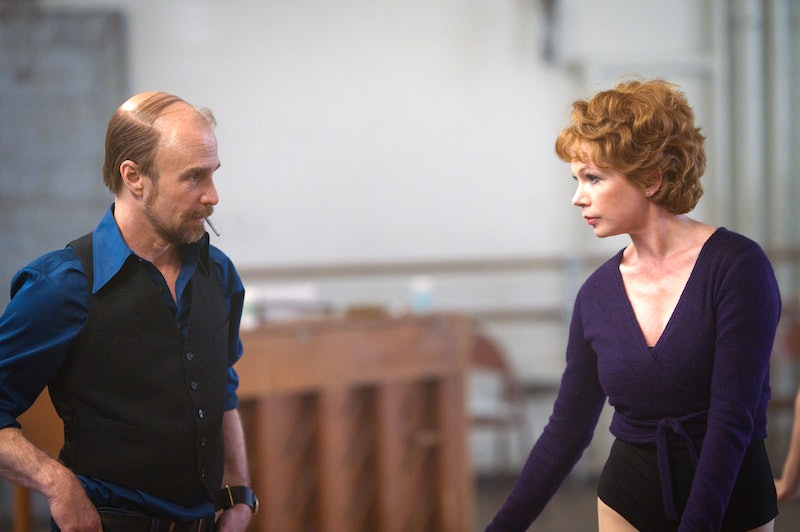 The Emmys shine a light on the best TV from the past year, like Fosse/Verdon — the limited series that pulled Gwen Verdon out from Bob Fosse's shadow, and acknowledged her contributions to American musical theatre along with their complicated relationship. Steven Levenson and Thomas Kail's series is nominated for seven Primetime Emmy Awards, but if you're looking to catch up before the big night Fosse/Verdon is not on Netflix. There's still a way to catch up and see Michelle Williams' impeccable performance in the FX series on Hulu. What Netflix does have to offer, on the other hand, is two essential pieces of cinema that flesh out the world in which Fosse/Verdon takes place.

You can also watch the limited on the Fox app with a basic cable subscription, or opt to purchase a season pass or individual episodes on Amazon, Youtube, iTunes, Google Play, and Vudu.

If you're itching to re-examine the grit and glamor of the '70s yourself, two of the films whose makers inspired Fosse/Verdon are on Netflix — and you absolutely cannot miss them. Here's the perfect double feature while you're waiting for Fosse/Verdon to pop up in your feed, or for when you've finished watching it somewhere else.

Netflix recently added Cabaret: the 1972 adaptation of the Broadway musical that Fosse directed and re-envisioned with his wife's help. The first half of Fosse/Verdon covers the production, post-production, and aftermath of both Bob and Gwen's work on this film so it's kind of necessary viewing before you jump into the series anyway.

If you haven't seen the original Cabaret, you should really queue it up. In Fosse/Verdon, the titular couple is adamant that the musical numbers enhance the film's mature themes rather than candy coat them. That paid off. Cabaret is dark, moving, and still so relevant today for the way it handles sexuality, racism, and the relationship between art and politics. Knowing how much Gwen contributed to Cabaret adds another layer to watching the film after Fosse/Verdon as well, and you'll never see that gorilla costume the same way again.

If you loved Norbert Leo Butz' breakout performance in Fosse/Verdon, you may want to check this film out and see what Chayefsky was cooking up in the background. He was an optimistic and supportive friend to Bob, but had some dark and provocative things to say in his art too.

Avant-garde director Ivo Van Hove adapted Network for the stage in 2018. It starred Tatiana Maslany and Bryan Cranston, who won a Tony award for his performance. Though he died in 1981, as we saw on Fosse/Verdon, Chayevsky's influence is still felt on Broadway today.

There is a chance that Fosse/Verdon may one day join fellow FX shows like Pose and The Assassination Of Gianni Versace: American Crime Story on Netflix. As if its complex look at gender roles, mental health, relationships, and art weren't enough, a sweep at the Emmys could mean that it ends up on the platform sooner rather than later. Or so one would hope.

More like this
The OG Power Rangers Are Returning For A Spandex-Clad Special
By El Hunt
Here’s Everything Coming To & Leaving Netflix In February
By Jake Viswanath
Rupert Grint Just Shared A *Major* Update About Ron Weasley’s Future
By El Hunt
Ashton Kutcher Wants Danny Masterson “To Be Found Innocent” In Rape Retrial
By Jake Viswanath
Get Even More From Bustle — Sign Up For The Newsletter
From hair trends to relationship advice, our daily newsletter has everything you need to sound like a person who’s on TikTok, even if you aren’t.