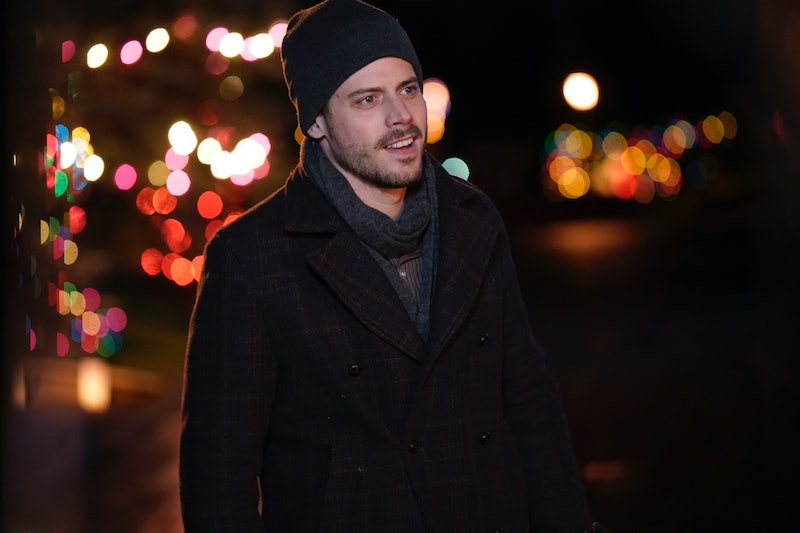 FOX is giving a special holiday event series a try with its new show The Moodys, an American adaptation of an Australian miniseries of the same name. The series airs on FOX on Dec. 4, 9, and 10 with back-to-back episodes, and the story follows a dysfunctional family reuniting for the holidays. Denis Leary and Elizabeth Perkins play parents Sean and Ann, but their son Dan Moody, played by Francois Arnaud is poised to be the breakout star.

Although Arnaud has been acting for over a decade, he has only just recently started to see more mainstream success in the U.S. According to his IMDb page, the Canadian-born Arnaud got his start back in 2007 with a small part as a waiter on a show called C.A., after being formally trained at drama school. In the early years of his career, Arnaud mainly acted in French-Canadian projects and was speaking primarily French in his roles. He told Interview magazine that acting in French changes how he approaches a role. "Your voice sounds completely different in different languages. It alters your personality somehow," he said. "Because the rhythm of the language is different, it changes your inner rhythm and that changes how you process everything."

Arnaud has since broken into Hollywood with several roles, including playing the pope's son Cesare on Showtime's The Borgias and opposite Shiri Appleby in Lifetime's UnReal. In between those jobs, he also starred on two NBC shows — Blindspot and Midnight, Texas.

Now he's playing what Deadline describes as the creative and "neurotic romantic" Dan Moody. The character is a recent Northwestern graduate working as a freelance photographer who comes home to find that his parents and siblings are all hiding things from each other and, worst of all, starts falling for his cousin's girlfriend.

In the original version of the series, Dan is played by Australian actor Ian Meadows, though the character's journey and the overall plot of the show is the same. Both the Australian Moodys and its holiday companion A Moody Christmas are available to watch with an Acorn TV subscription through Amazon or with a YouTube TV subscription.

Much like the original A Moody Christmas, the FOX show is focusing on Christmas for this first six-episode season. But Deadline reported that the show could return with a focus on another holiday or special family event in the future, like a family vacation or funeral. Any chance for the family to get together and be their best dysfunctional selves. Per The Sydney Morning Herald, the Australian version expanded beyond Christmas and into a wedding, Easter, a run in with the law, and an election. The only holiday event that FOX probably couldn't replicate? The original series' foray into Australia Day. But, hey, Fourth of July is up for grabs! With so many potential storylines, Dan and his family could keep making us uncomfortable for many more holidays and seasons to come.