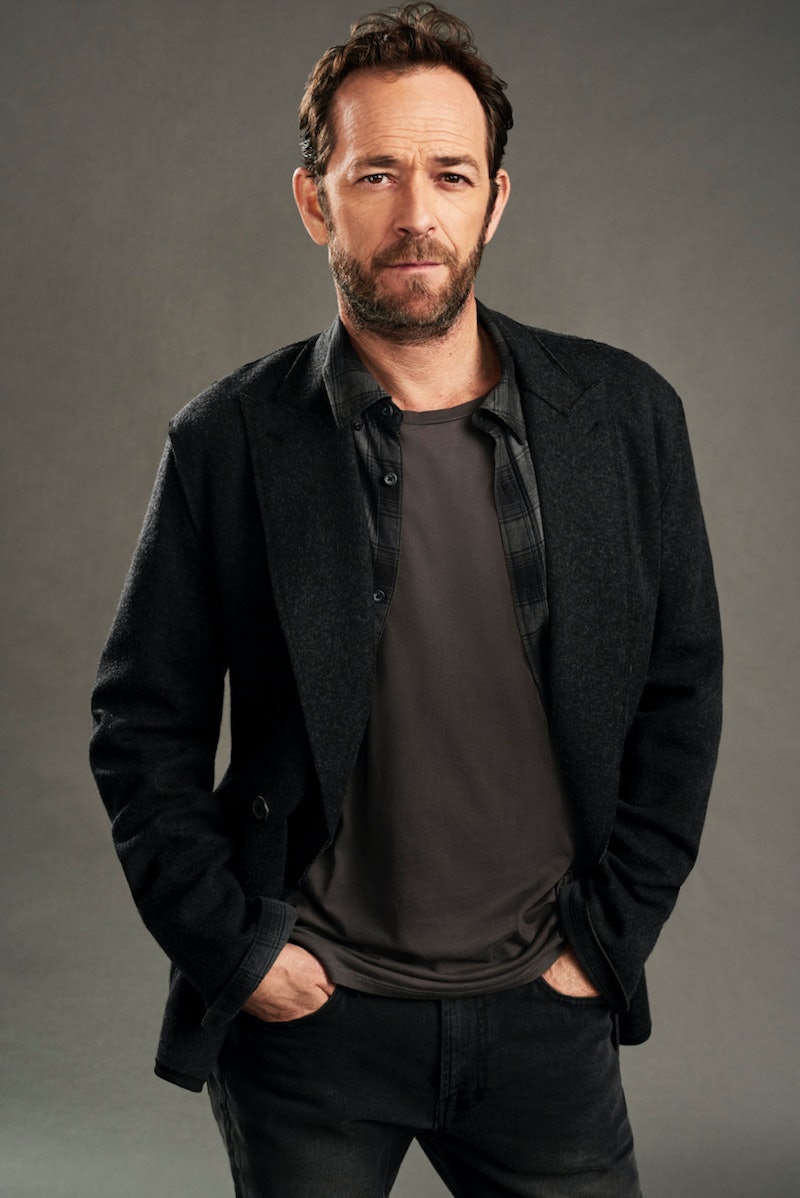 Spoilers ahead for the Season 4 premiere of Riverdale. After Luke Perry died in March, it was quickly decided that Riverdale would wait to address the fate of his character, Fred. "We didn't want to rush it. We didn't want to sandwich it in between all the other plotlines," showrunner Roberto Aguirre-Sacasa told TVLine.

But in the Season 4 premiere, it's finally revealed how Fred died: early on in the episode, Archie receives a call informing him that his father was killed in a hit and run accident. He had been driving back from Cherry Creek when he stopped to help a woman (played by Perry's Beverly Hills, 90210 co-star Shannen Doherty) having car trouble. Then, along came a speeding vehicle. Fred pushed Doherty's character out of the way, saving her life but sacrificing his. In the end, Fred died as he lived — by helping out someone who needed it.

At first, the identity of the driver who hit Fred was unknown, but eventually, an older man turned himself in. Archie went to his house to confront him, and that's when he learned the truth. The man was just covering for his young son who had taken the car without permission and didn't even have a license. Archie could see a similarity in that kid's story to his own, because he could also remember taking the car without his dad's permission. And Archie knew that Fred would have done the same as that kid's father did for him.

The episode didn't just focus on the details of Fred's death, though. It focused on his legacy, too. At one point, Archie tells Veronica, "Imagine if everyone was even half as good as my dad was," which was inspired by something that star KJ Apa had actually said about Perry.

"I remember KJ took a break from filming and he went off and I sat with him and he said, 'Gosh, Roberto, can you imagine if we were all as good people as Luke was?'" Aguirre-Sacasa recounted to Entertainment Weekly. "That sentiment really resonated and a similar sentiment is expressed in this first episode. Archie says to Veronica, 'Imagine if we were all as good as my dad,' and Veronica says, 'You are.' And it's really cathartic."

Aguirre-Sacasa added that the character of Fred was always just an extension of Perry, which made his death that much harder for everyone on set. "It's been really, really intense," he told EW. "Luke and Fred were very similar guys. Everyone loved Fred. Everyone loved Luke. They were both salt of the earth. They were both generous and led with their heart. And it was really hard the days after Luke passed."

But just as Archie pledged to honor his dad's memory "every day," the show honored Perry's legacy by giving Fred an honorable death. It's tragic that Fred had to go at all, but at least he went out in a way that was true to his character and the actor who played him — by being kind to everyone around him.