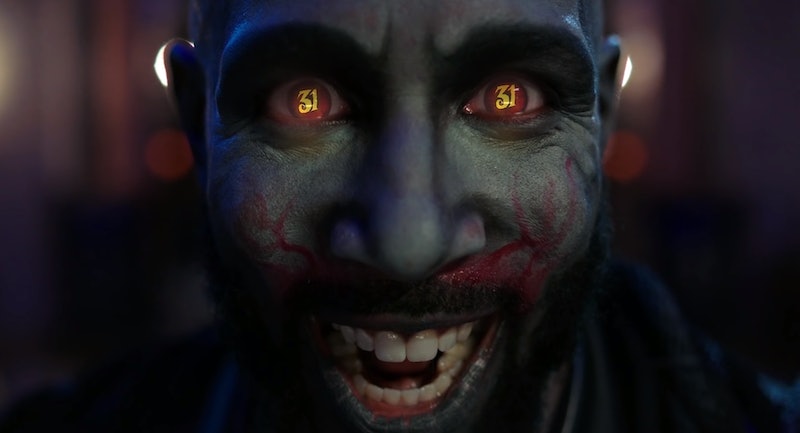 Freeform is making it nearly impossible to not get swept up in the Halloween festivities this year. Instead of debuting the traditional 13 Nights of Halloween, the network is dedicating the entire month to as much Halloween movie content as you can handle by introducing 31 Nights of Halloween. From Hocus Pocus to The Addams Family and everything in-between, there's no shortage of marathons guaranteed to get you in the Hallow's Eve spirit. And to help kick things off, Freeform has released a brand new 31 Nights of Halloween music video, titled "Hocus Pocus," created by Rondo Stacks & Izk Jenkins, and featuring dance icons Stephen "tWitch" Boss and Allison Holker.

According to the official press release, the single is inspired by the iconic hit single "I Put A Spell On You" — a song that will be forever linked to the beloved dance number in the bewitchingly charming film Hocus Pocus, starring Bette Midler, Sarah Jessica Parker, and Kathy Najimy as the Sanderson sisters. For those who are in need of a refresher on that particular scene in the movie — or if you just want to watch it for the umpteenth time — you can check out Midler's outstanding performance here. And when you're done with that, feast your eyes on Freeform's 31 Nights of Halloween music video that'll leave you both spellbound and excited for the spooky holiday.

As you can see, the impressive choreography and various dance moves are much more complex than anything the Sanderson sisters attempted to tackle (though, to be fair, their number was very impromptu and they'd been out of practice for 300 years). Suffice it to say, it's the perfect way to usher in the holiday and pay homage to Freeform's all month long Halloween event. You won't be able to stop yourself from dancing along to the catchy beat. (Watch your back "Thriller" because there's about to be a new Halloween dance craze in town.)

Of course, that's not to say that this whole Halloween spooktacular event is not without its faults. (Is anyone able to explain why Beetlejuice is constantly neglected? We can't even fit it in one time out of these 31 days? Really?!?!? This will forever be the cruelest trick of all.) But personal opinions aside, it's great to see Freeform throw itself so heavily into the Halloween spirit, and this music video offers the perfect taste of all the ghoulish mayhem to come in the upcoming weeks. Perhaps it'll even inspire some unique costume ideas. Though, if we're being totally honest, nothing can quite hold a (black flame) candle to "I Put A Spell On You." But to be fair, that's a ridiculously high bar to compete with. That being said, if Winifred Sanderson was here right now, she'd definitely approve of the creepy aesthetics — not to mention the lack of children.

31 Nights of Halloween kicks off on Oct. 1 and lasts all the way to the wee hours of Halloween night. You might as well go ahead and cancel all future social engagements until further notice.