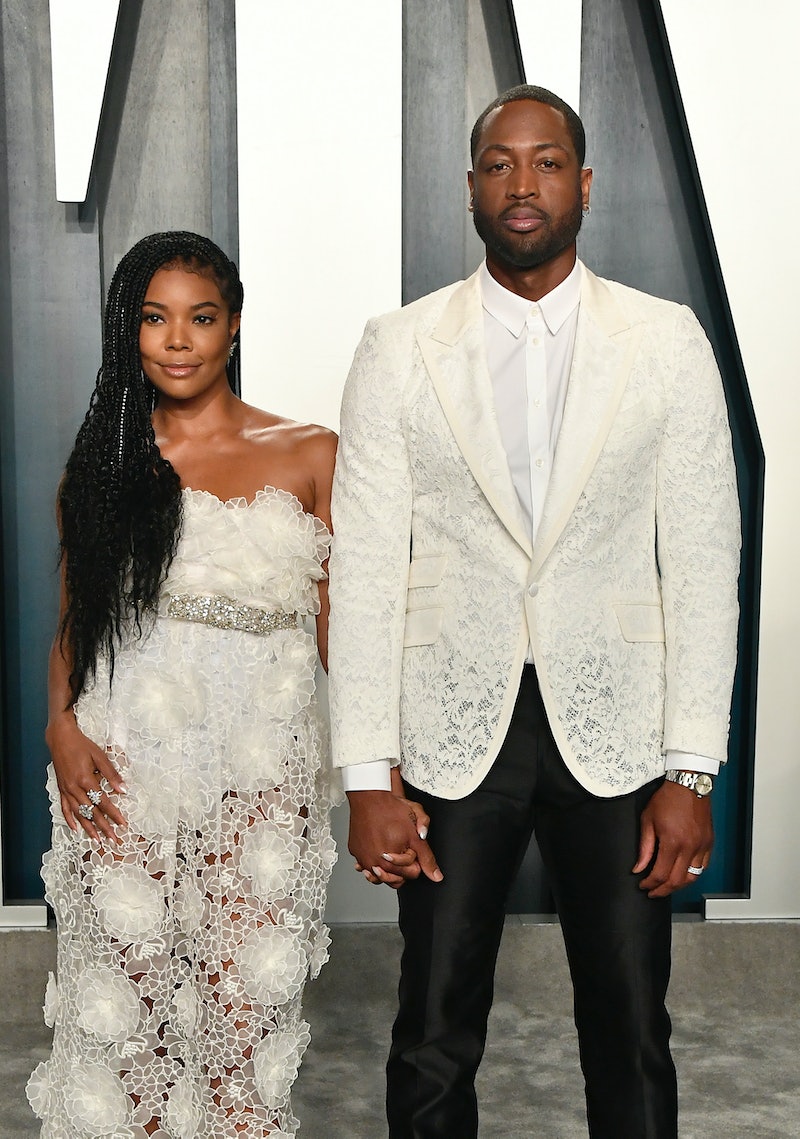 Shortly after Dwyane Wade opened up about the day his child came out to him, Gabrielle Union introduced Zaya to the world on Instagram, along with a powerful message of love and support for the 12-year-old. During an appearance on The Ellen DeGeneres Show, Wade recounted when Zaya told him her preferred pronouns. He and Union — who are also parents to 1-year-old Kaavia and 18-year-old Zaire, and raise Wade's nephew, Dahveon — are proud to have a child who is a member of the LGBTQ+ community and to be allies. And now they're starting to create a space for Zaya to speak her truth.

Union emphasized how proud they are of Zaya in her Instagram post, describing her as "compassionate, loving, [and] whip smart." She also shared a video of the 12-year-old talking about the importance of living her truth. Union continued, "We are so proud of her. It’s Ok to listen to, love & respect your children exactly as they are. Love and light good people."

In the clip, Zaya — who is enjoying a round of golf with Wade — encourages others to embrace their truth and live as their authentic selves. "What's the point of being on this Earth if you're trying to be someone you're not? It's like you're not even living as yourself," Zaya says. "I know it can get tough, definitely. But I think you just push through, and be the best you. ... But I think through hard times, you gotta push through. It's worth it. It's very worth it."

Speaking with Ellen DeGeneres, Wade explained that both he and Union believe it's important to listen to their children and ensure that they have all of the support and resources they need. "We’re just trying to figure out as much information as we can to make sure that we give our child the best opportunity to be her best self," Wade said, adding that Union had reached out "to the cast of Pose" for information and guidance.

Union herself shared her gratitude for "everyone whose dms I slid into, friends, & family who provided information, resources, love & encouragement," on Twitter after she shared Zaya's video. In her tweet, the actor thanked everyone for their kind words, but noted that she and her husband were still learning how best to support and encourage their child. "We are humble LGBTQ+ allies with ALOT to learn & grateful for all the support," Union wrote. "We encourage yall to check us as needed."

Wade and Union have long been open about their love and support for Zaya over the years; in April, the actor posted a photo of herself and Zaya at Miami Pride, which Wade also shared on his own social media platforms. A few months later, Wade told Variety that he didn't want to share too much about his child's journey as it was ultimately Zaya's "story to tell." However, he added, "I think as a family, we should support each other. And my job as a father is to facilitate their lives and to support them and be behind them in whatever they want to do."

More like this
Pro Footballer Zander Murray Is "Blown Away" By Support After Coming Out
By Sam Ramsden
Jinkx Monsoon Is About To Get Real Sketchy
By Sam Ramsden
Bimini, Tia Kofi & More React To Cherry Valentine’s Death
By Catharina Cheung
The 19 Best Tweets & Memes About Bisexual Awareness Week
By Lexi Inks
Get Even More From Bustle — Sign Up For The Newsletter