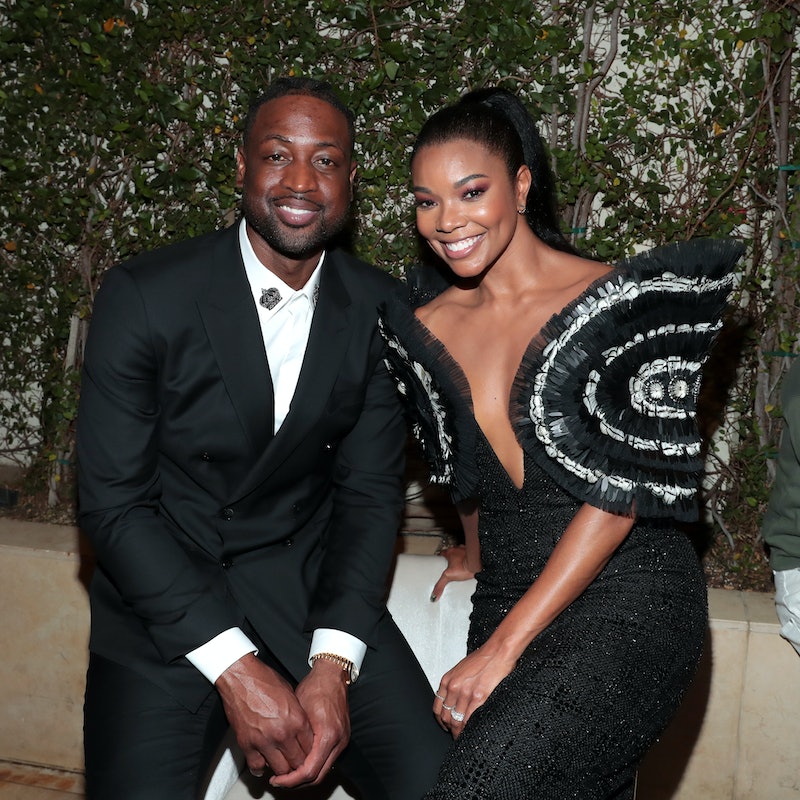 The Union-Wade family has zero tolerance for hate. Dwyane Wade called out people who criticized his child’s gender fluid Thanksgiving outfit. Over Thanksgiving break, Gabrielle Union-Wade shared a family photo on Instagram with her husband Dwyane, her 1-year-old daughter Kaavia, and her 12-year-old stepchild Zion to celebrate the holidays. In the snapshot, Zion is wearing a gray crop top and fake nails, which prompted negative comments toward the tween from full-fledged adults. On Saturday, Nov. 30, Wade addressed the negativity towards Zion in a series of Twitter posts.

In two retweets that praised the professional athlete and his wife for embracing Zion’s individuality, Wade replied with a “100” emoji, and, in a follow-up tweet, he wrote, “As a parent my only goal is that my kids feel that i see them, love them and support them.” Finally, he addressed the controversy one last time and wrote, “I’ve seen some post-thanksgiving hate on social about my family photo. Stupidity is apart of this world we live in—so i get it. But here’s the thing—I’ve been chosen to lead my family not y’all. So we will continue to be us and support each other with pride, love & a smile!”

This isn’t the first time the Union-Wade family has publicly shown support for Zion. In April, Union joined her stepchild at the Miami Beach Pride march. While Wade was away for an NBA game, he shared an Instagram Story photo of his wife and Zion, and wrote, as per USA Today, “We support each with pride!” In an interview with Variety in June, Wade said of supporting Zion, “I don’t really talk about it much because it’s Zion’s story to tell. I think as a family, we should support each other. And my job as a father is to facilitate their lives and to support them and be behind them in whatever they want to do.”

Wade’s support for Zion comes after his wife’s abrupt departure from America’s Got Talent. On Nov. 26, Variety published a report that claimed Union had been ousted as a judge after the Bring it On actor raised concerns of the NBC show’s toxic culture of racism and insensitivity. Sources claimed that Union had been subjected to racist critique about her “too black” hair and deemed “difficult” for calling out “problematic” situations that invoked blackface and racist jokes about Koreans.

In a series of tweets on Nov. 27, Wade called his wife an "advocate for our community and culture" and praised her for “standing up for what she stands for."

He concluded, "So [cheers] to you @itsgabrielleu on not losing sight of the lessons we’ve talked about teaching our daughter and for kicking ass while you were on that platform. Number 1 judge on one of the biggest shows in the world.”