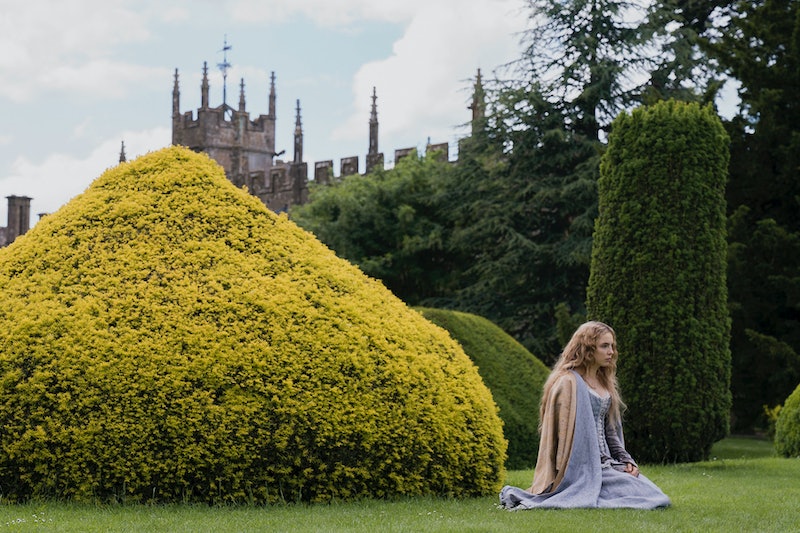 The White Princess may be a sequel series to the White Queen and based in 15th century England, but it might make you feel like you're being taken back to Westeros. Why do the names York and Lancaster sound so familiar? In an interview with Bustle, show runner, executive producer and writer Emma Frost, as well as stars Jacob Collins-Levy and Jodie Comer talked about what makes The White Princess like Game of Thrones, and while fans of the latter will love the new series.

"You could just as easily compare it to Shameless," says Frost, who also wrote for that British series, "I don’t mind the comparison, of course I don’t." She's right. Romeo and Juliet, Hatsfields and McCoys, and even Riverdale touch on this tale as old as time. "The warring families and all of that side of it," continues Frost, "you could actually reference a dozen of, scores of shows that are the same thing. It’s just both [Game of Thrones and White Princess] have that very operatic scale and comes from having their roots in this period where it is about wars and betrayal and murder and survival and there’s really high stake situations." A squabble or fall out in this time means getting kicked out of your family forever, or worse.

It doesn't hurt that Michelle Fairley is in both shows and, in a way, both shows are using the same source material. "George R.R. Martin based Game of Thrones on this period in history," says Collins-Levy. The War of the Roses, portrayed in The White Princess, was in fact part of the original inspiration for Game of Thrones, according to The Guardian. "So the similarities are going to be there purely based on the fact that the events he was basing his story on were these events and in terms of what our shows deals with."

That said, both actors are fans of the HBO series and insist that fellow fans will enjoy The White Princess as well. There are plenty of differences too. "Someone said it’s like a feminist answer to [Game of Thrones]," says Comer, "women raging war." On this show, the female characters are running the show from the very beginning.

"We don’t have any dragons," adds Frost. The White Princess is strictly historical fiction, based on Phillipa Gregory's novel and serving as a sequel series to The White Queen. Even if you don't have a Game of Thrones itch that needs scratching, this series has something for everyone.