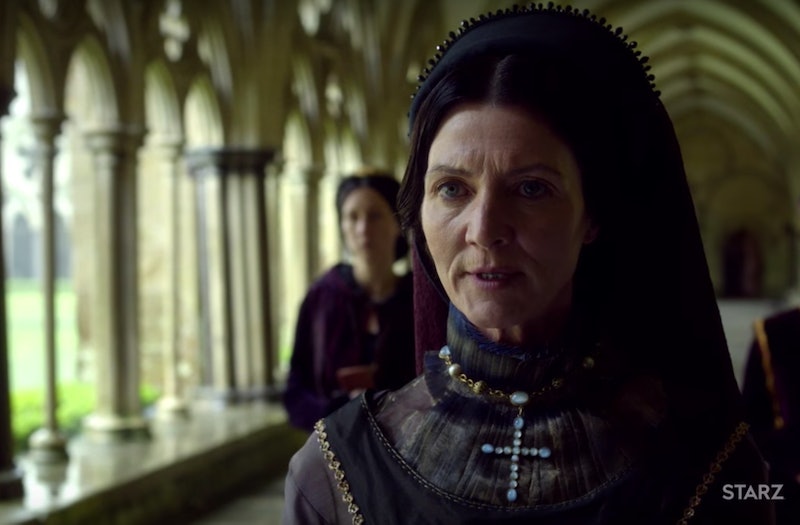 If you are looking for something to fill the castles ’n’ chaos void while Game of Thrones is in between seasons, then I have a suggestion for you: Why not check out Starz's miniseries The White Princess? Because as far as castles 'n' chaos goes, this show will most certainly deliver. On Thursday, Starz released a trailer for The White Princess, a limited series is based on Philippa Gregory's book of the same name. The trailer for the followup to The White Queen may not boast dragons or other supernatural Westerosi creatures, but it has a whole lot of 15th century political drama, throne conflict, and strong female characters. Sign me up.

So, what is the show about? Take it away, press release:

Hailed by Harper’s Bazaar as "the feminist answer to ‘Game of Thrones,’" ‘The White Princess’ picks up three days after the conclusion of ‘The White Queen,’ as a new generation ascends to the throne in a tale of power, political divides, family, love, and betrayal.

Ugh, I love throne drama. Give me all of the throne drama. I mean, hi, I've watched every season of Game of Thrones. It's safe to assume I'm a fan of watching people in gorgeous costumes plot against each another, fight each other, stab each other in the back (figuratively and literally), and do whatever else it takes to get their buns on the throne. It sounds as though The White Princess, much like Game of Thrones, serves up a lot of all that.

You can watch the trailer below.

The White Queen showrunner Emma Frost will be at the helm for this program, too. The White Princess premieres April 16 on Starz.