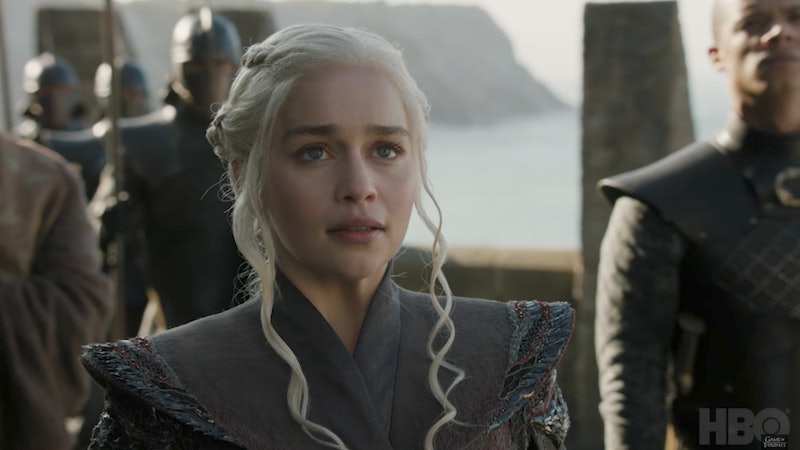 As the main characters have their sights set on the Seven Kingdoms in Game of Thrones Season 7, things have also been shaping up to get very hot amidst the impending war over control of the Iron Throne. With the premiere date quickly looming near, showrunners for the critically-acclaimed fantasy drama reveal that they've been prepping to take on a new record for the most people set on fire in a production when the series kicks-off on July 16, according to Entertainment Weekly.

The series' co-creator, David Benioff, reveals to EW that GOT's stunt director was actually gunning for yet another spot in the Guinness Book of World Records for creating the scene in which they were reported to have simultaneously set more stuntmen ablaze than any production has ever successfully attempted in the past.

In an interview with the show's stunt coordinator, Rowley Irlam, EW uncovered exactly what went down behind-the-scenes while filming the record-breaking episode and believe me, it's pretty intense. Irlam explained,

“One sequence has 73 fire burns and that itself is a record. No film or TV show has ever done that in a whole show, let alone in one sequence. We also set 20 people on fire at one time, which is also a record."

He continued to describe how a stunt of this magnitude impose a great deal of danger, should things go awry. The Emmy Award-winning stunt organizer shares that the most critical part of the stunt actually comes along after the fire is put out. He says,

“The most dangerous thing is re-ignition. There’s a good minute of everybody staying down afterward as you’re still very flammable at this point.”

Although covered head-to-toe in protective gear, the show's stuntmen had to actively hold their breath for the full shot until the fire had been entirely extinguished, being careful not to inhale any part of the flames, as detailed by Entertainment Weekly. An accidental inhalation could cause the flames to reignite and become a very dangerous situation, to say the least.

So I suppose it's needless to say that filming such a shot with close to two dozen stuntmen was quite a massive undertaking. Despite the complexity of the stunt, Irlam shared his hope to convey and maintain authenticity throughout the scene, explaining,

"We do different performances so hopefully you look through the fire and see a human being in the final throes of life. We try very hard to make it really feel like a casualty of war.”

It sounds like Game of Thrones has some pretty big plans for Season 7. I can't wait to see who makes it through the fire.