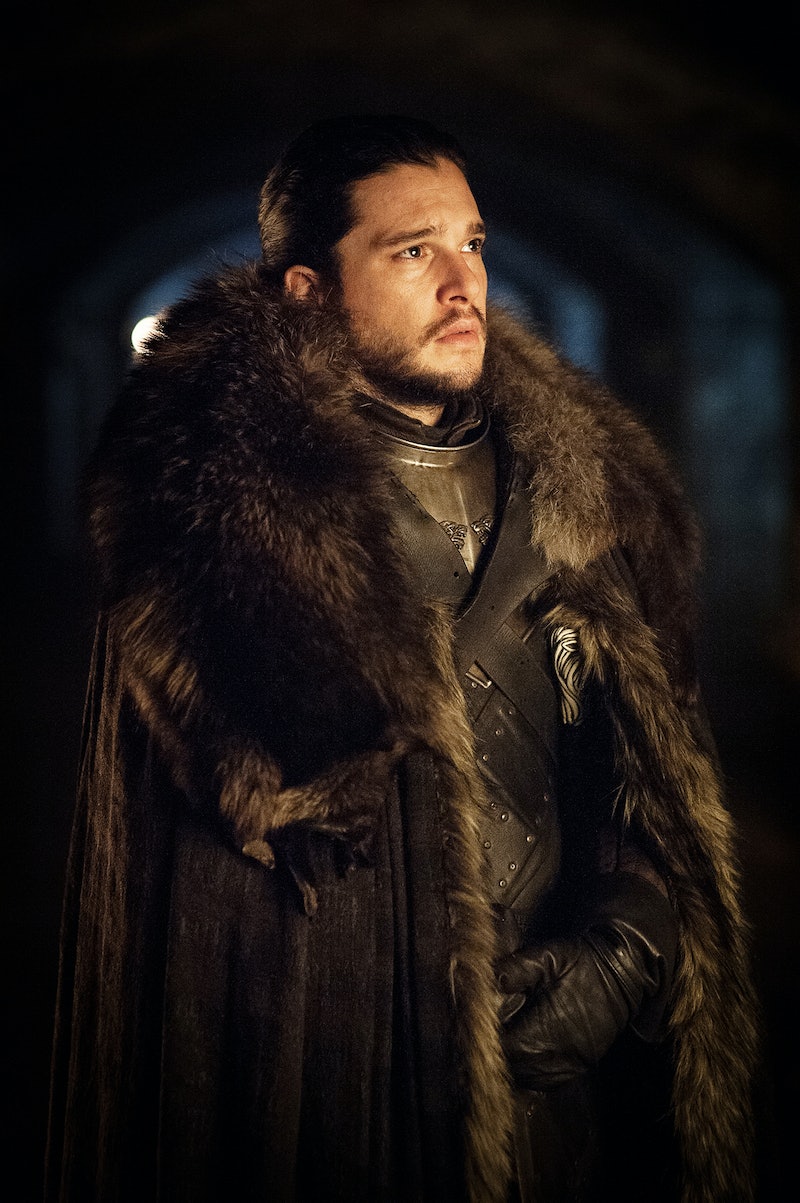 It's long been known that The Lord of the Rings influenced Game of Thrones' writer George R.R. Martin. Not only has Martin discussed his views on J.R.R. Tolkien's fantasy world on numerous occasions, he's also talked about how the The Lord of the Rings trilogy informed his desire to ground the fantastical elements of his own series with harsh realities involving war, power, and human nature. In a new interview for PBS' The Great American Read, Martin discusses the impact that the death of Gandalf had on him as a child, and on the stories that he grew up to write.

"And then Gandalf dies! I can't explain the impact that had on me at 13. You can't kill Gandalf. I mean, Conan didn't die in the Conan books, you know? Tolkien just broke that rule, and I'll love him forever for it. The minute you kill Gandalf, the suspense of everything that follows is a thousand times greater, because now anybody could die. Of course, that's had a profound effect on my own willingness to kill characters off at the drop of a hat."

Perhaps because they're two of the most popular fantasy series of all-time, The Lord of the Rings and A Song of Ice and Fire (the full-name for the book series on which Game of Thrones is based), these two fantasy titans are often pitted against one another. In 2016, Irish Times writer Ed Power discussed this phenomenon which seems to occur whenever a new season of Game of Thrones kicks off.

Through his interview with PBS, it becomes clear just how much reading Lord of the Rings influenced a young Martin. His memories of the books instantly dispel the myth that the world that Frodo and Gandalf inhabit is in someway inherently softer than Westeros. Had Martin never read Tolkien's work would he have killed Ned Stark? Would he have resurrected Jon? It seems that through reading The Lord of the Rings trilogy, the Game of Thrones author realized that there are no "rules" for fantasy that can't be broken. And he then went on to merrily twist as many of the genre's tropes as he liked.

During a 2014 interview with Rolling Stone, Martin revealed the ways in which Lord of the Rings left him wanting more, and how his desire to delve into the weight of power informed Westeros and its political dramas. He explained,

"Ruling is hard. This was maybe my answer to Tolkien, whom, as much as I admire him, I do quibble with. 'Lord of the Rings' had a very medieval philosophy: that if the king was a good man, the land would prosper. We look at real history and it's not that simple. Tolkien can say that Aragorn became king and reigned for a hundred years, and he was wise and good. But Tolkien doesn't ask the question: What was Aragorn's tax policy? Did he maintain a standing army? What did he do in times of flood and famine? And what about all these orcs? By the end of the war, Sauron is gone but all of the orcs aren't gone – they're in the mountains. Did Aragorn pursue a policy of systematic genocide and kill them? Even the little baby orcs, in their little orc cradles?"

It seems clear that Lord of the Rings had a profound effect on Martin and Game of Thrones. The trilogy not only changed a young Martin's view on fantasy could and couldn't do, it also inspired him to challenge the genre's seemingly self-imposed limitations even further by telling the story beyond the instillation of a king.

Hopefully, Martin's latest discussion of Tolkien's trilogy will put an end to the idea that readers (or viewers) need to choose one side or another. The Lord of the Rings was clearly a formative read for Martin — and it certainly led to a quite a few Game of Thrones deaths that shocked modern TV and book fans just as much as Gandalf's untimely demise took a young Martin by surprise.