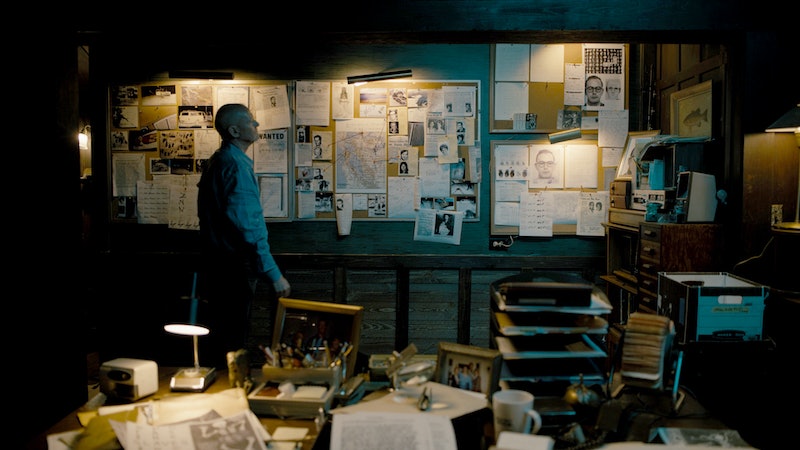 Gary Stewart’s story starts out familiar. Despite being adopted by a loving family at a young age, he developed trust and abandonment issues; he grew more curious about his biological family. The new FX documentary series The Most Dangerous Animal of All explores what Stewart believes he accidentally discovered on his quest to learn his origins: that his birth father, Evan Van Best, Jr., was actually San Francisco’s Zodiac Killer, responsible for at least 5 murders in the 1960s and 1970s.

The show, which premieres March 6, is based on Stewart’s 2014 New York Times best-seller. And while the book is speculative (police have never confirmed Stewart’s theory), it belongs to a rare and peculiar genre: accounts of killers, as told by their children. Here are other books and podcasts to look up if you want more true crime content like Stewart's story.

Kerri Rawson learned that her father was the self-annointed BTK killer— the BTK stands for “blind, torture, kill” — when the FBI knocked on her door in 2005. Until then, Dennis Rader was just dad. After her father plead guilty to 10 counts of first-degree murder, Rawson published a memoir called A Serial Killer's Daughter about how she overcame her father’s betrayal and eventually reclaimed her life.

Melissa Moore is the daughter of serial killer Keith Hunter Jeperson aka the Happy Face Killer. Like with Rader, the nickname is a reference to the killer’s calling card — Jesperson was known for including smiley faces on the letters he sent to prosecutors and journalists. Happy Face is also the name of Moore’s podcast, in which she tells the story of her father’s crimes and the toll they took on her own childhood. She's also the author of Shattered Silence: The Untold Story of a Serial Killer's Daughter, which includes harrowing recollections from before her father’s arrest when she was just a teen.

In his book Son of a Grifter, Walker writes about having two criminals in the family, his mother Sante Kimes and his brother Kenneth Kimes. Both were prolific con artists, with Sante convicted on over 100 charges, including robbery and forgery. They were also both convicted of two murders, which they carried out together. But in his book, Walker writes about the painful schism between Sante his mother and Sante the murderer. ''To this day I believe there's nothing she wouldn't do for me.”

The Children of Fred and Rose West

The English serial killers Fred and Rose West had 11 children between them, two of whom became their murder victims. Of the sons and daughters who survived growing up at their now infamous address, three authored books about their violent, abusive childhoods. In 1995, within a year of their parents’ arrests, siblings Mae and Stephen West published Inside 25 Cromwell Street. The following year Fred’s eldest daughter Ann Marie, whose mother was one of the couple’s victims, wrote Out of the Shadows. And most recently in 2018, Mae released a second memoir — Love as Always, Mum xxx — which includes quotes from the letters her mother sent her from prison after being sentenced to life without parole.