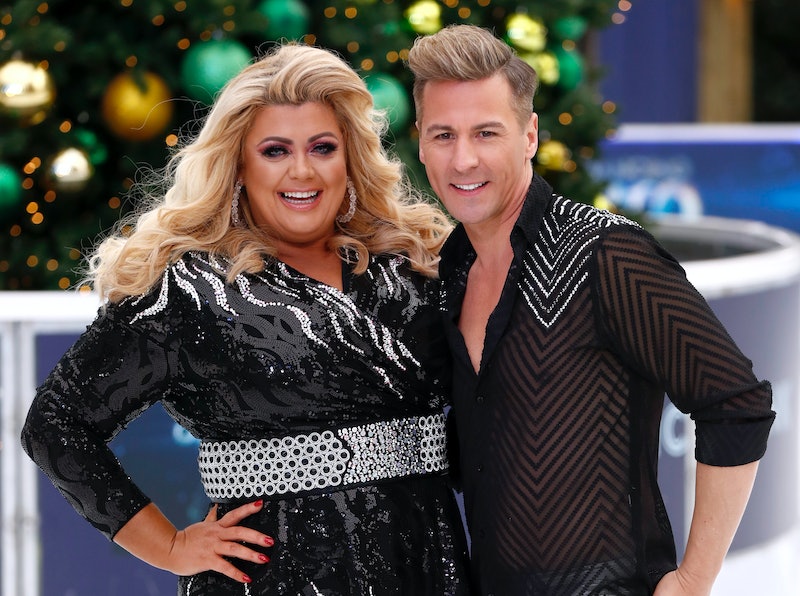 Gemma Collins was back on the ice for the third episode of Dancing On Ice on Sunday 27 Jan., but it wasn't all glitter and sparkles, as Gemma Collins suffered fall on Dancing on Ice, but she recovered with her signature enthusiasm. Eagle-eyed viewers will remember that this isn't Collins' first fall on prime-time TV; back in 2017, the star suffered an fall on stage at the Radio 1 Teen Awards. But, in true GC form, after every fall, she gets back up.

This week, the Only Way Is Essex star did not come to play, she came to slay. Skating with Matt Evers to "It's All Coming Back To Me" by Celine Dion (a fellow "earned-her-divaship" diva), the GC came back fighting after an explosive episode last week in which she had an on-air spat with DOI judge Jason Gardiner. Collins achieved her best score of the series after taking on advice about having more skating content in her routines, and she delivered a stellar performance for the audience.

Sadly, however, while Collins was twirling and showing off some amazing skating skills, at the peak of the performance, she lost her footing and took a pretty hard fall. But this is a lady who knows that the show must go on, so she was helped up by her partner Evers and finished the rest of her routine. Fighting back tears, Collins scored 16.5 out of 40, which was her best score of the series, and she received praise from the judges, including her nemesis Gardiner, who said, "When you drop 'the GC' and come in and you apply yourself, you have improved. There is an improvement here." (I, for one, hope she never drops the GC!)

After the fall, Collins was rushed straight to see a physio to get her injuries looked over, according to the Mirror, and boyfriend Arg later posted the damage on his Instagram story. In the videos, Gemma can be seen with huge ice packs on her knees and saying that she is in "agony." Ever the doting boyfriend, Arg tweeted: "I LOVE YOU @missgemcollins. When I saw her fall like that face first I honestly thought she might be unconscious or lost some teeth! The way she got up & carried on was AMAZING!!! You worked so hard this week & improved so much!"

So, how did she ease the pain of the fall and celebrate her best scores? In true GC style, she drunk six brandies. I would expect nothing less. Following the fall, she went for a curry with some friends, according to the Evening Standard, and could be heard on Arg's Instagram story saying, “I’m on the brandies. I’ve had about six large brandies for the pain.”

Collins has taken to Instagram to post a clip of her fall with the caption "Absolutely devastated & embarrassed, My heart is broken. But when I went down I thought of Tyson Fury and knew I had to get back up & carry on!" What a comeback queen. I can't wait to see what she brings to the ice rink next week.