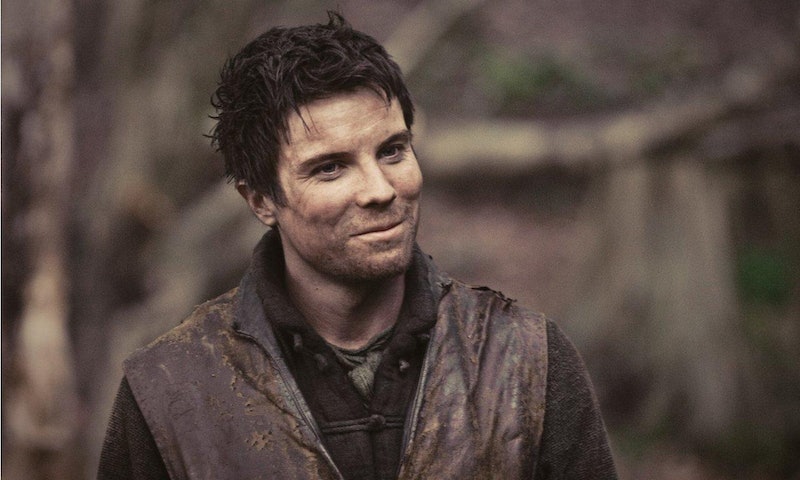 Gendry has got a heart of gold and he's a fan favorite, but nobody in George R.R. Martin's universe is deathproof. That makes it all the more important to explore the reasons Gendry could die in Game Of Thrones Season 8 — because they're very convincing. While the fans were ecstatic to see that Gendry wasn't still rowing, but had instead successfully made his escape, they shouldn't get too happy while they wait for the next season. After all, given the fact that many of the characters that have been brutally killed off have been the most popular voices of the show — Ned Stark, Robb Stark, Catelyn Stark, Margaery Tyrell, Olenna Tyrell — it's probably safe to say that nobody's too beloved to die (well, aside from Jon Snow, perhaps).

So, while it might seem as if there are boat load of reasons why the smith should be a central part of the eighth installment of the show — to show Arya his abs again; to fight alongside fellow self-proclaimed bastard Jon Snow and to weld some weapons of mass White Walker destruction — there are also all the reasons that he might meet a grisly, sudden end. Heck, he might even be dead already. These reasons will really make you wonder.

More like this
Emilia Clarke Shares More Details About The New 'Game Of Thrones' Series
By Maxine Harrison
Twitter’s Reaction To HBO’s ‘Game Of Thrones’ Jon Snow Spinoff Idea Is Chaotic
By Stephanie Topacio Long
Did *That* Character Really Die In The 'Stranger Things' Season 4 Finale?
By Grace Wehniainen
Here's Where Your Favorite Characters Stand After The 'Stranger Things' 4 Finale
By Grace Wehniainen
Get Even More From Bustle — Sign Up For The Newsletter