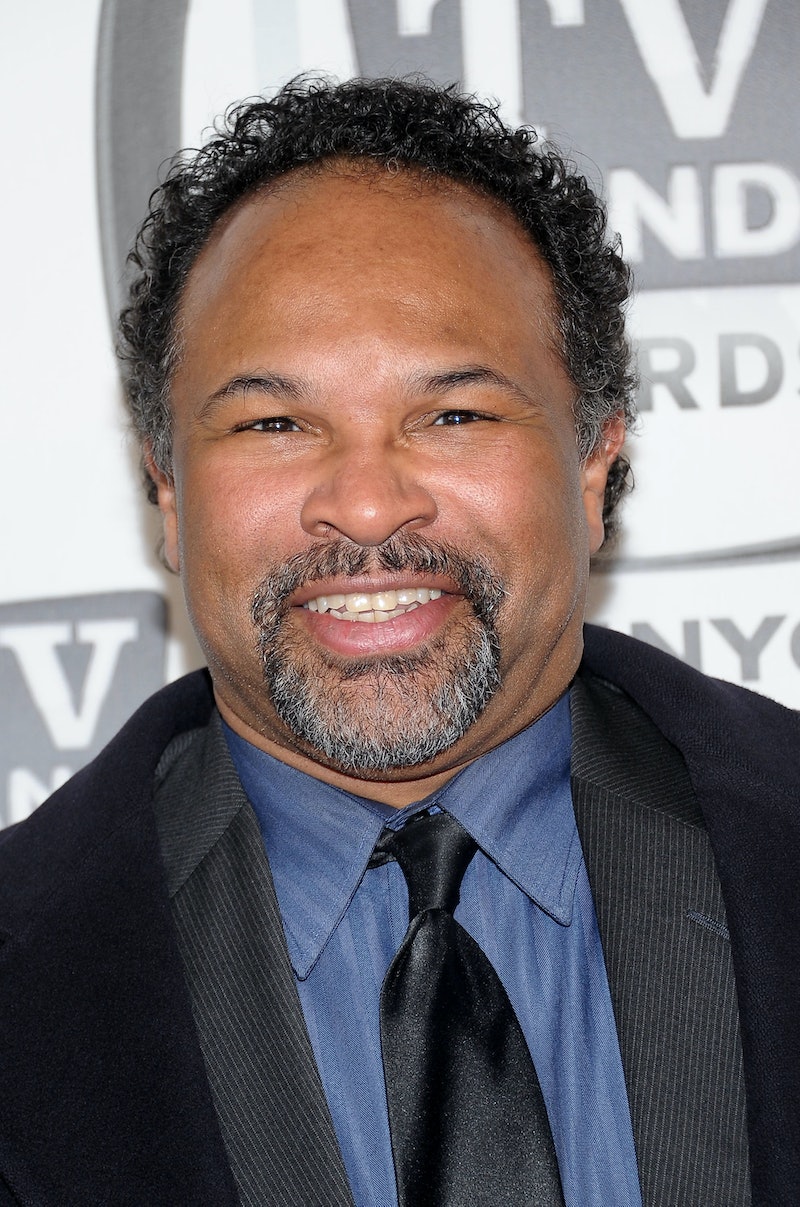 Everyone has a right to be proud of their hard work — whether it's as an actor or a grocery store bagger. Geoffrey Owens' surprise SAG Award appearance reminded viewers that he has worn both of those hats, and that doesn't make him any less deserving of a seat among his peers in Hollywood.

“Somewhere in the middle of the road of my life, I found myself in the dark wood of unemployment and debt,” he told the camera in the ceremony's opening. “But instead of switching careers like a sane person, I took a job at Trader Joe’s to see if I could hang in there. And um, it’s actually worked out pretty well. I’m Geoffrey Owens and I’m an actor.”

Owens portrayed Elvin Tibideaux on The Cosby Show from 1985 to 1992, and has also held roles on Divorce, It’s Always Sunny in Philadelphia, The Secret Life of the American Teenager and Built to Last. In September, pictures of him bagging groceries at a New Jersey Trader Joe's surfaced, and he was quickly shamed for it. But he and other actors took it as an opportunity to preach the importance of taking pride in hard work of all forms.

“The initial thing was bad — the shaming,” he told People. “But it lasted such a short time before the flood of support, the love rolled in. I don’t even remember what it felt like that day to feel bad, but I know what it’s felt like for the last two months to be offered work, to be offered auditions, to be approached on the street and told how much my story inspires people.”

He also mentioned that he never stopped working as an actor — he was working multiple jobs in order to make ends meet. And he was pleasantly surprised when so many fellow actors shared their journeys with financial instability in the industry, shedding light on how often jobs come and go.

“I never went away as an actor," he said. "Even when I was working at Trader Joe’s, I was doing work as an actor. I kept involved, but this is different. This is like a warm, sweet welcome from the industry, an acknowledgement of my past, of my accomplishments, a trust that they have in me.”

Nate Richert, who starred in Sabrina the Teenage Witch, tweeted that he is not only an actor, but a "maintenance man, a janitor, [and] a carpenter."

Terry Crews said that he swept floors after playing in the NFL, and would do the same today if it was necessary.

Pamela Adlon, voice of Bobby Hill on the animated series King of the Hill and star of Better Things, shared a similar sentiment. "Work gives you pride and purpose," she wrote. "Your visibility as an actor never goes away. But the money sure does."

Now, all of that support and passion for what he does has paid off. Owens currently has a recurring role in Tyler Perry's drama, The Haves and The Have Nots on the Oprah Winfrey Network, and he's not ashamed of how he got there.