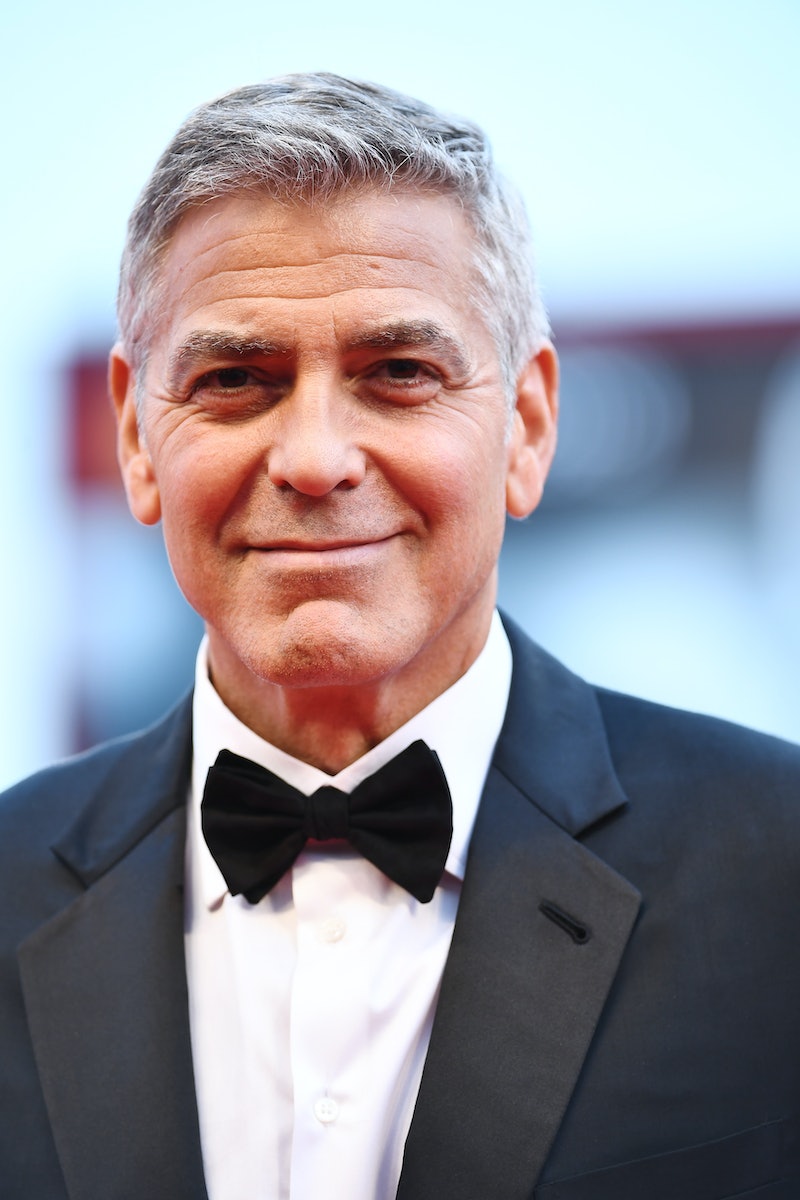 The year is 2017, and just about anyone can be president. At least, for anyone watching the current train wreck of an administration, that's what it seems like. During a press conference at the Venice Film Festival, George Clooney said that being president sounds "fun". This adds him to a growing list of celebrities who have put their name in the ring for the presidency, along with Dwayne Johnson, Kanye West, and Katy Perry. The comment came during an event to promote Suburbicon, a Clooney-directed dark comedy about a husband navigating the scandalous underground of a 1960s suburb. When a reporter asked if the star would ever consider a presidential run, he seemed more interested than in the past.

This year many celebrities have discussed entering the 2020 presidential race, though some are more serious about the proposition than others. In May, a GQ profile of Dwayne Johnson floated the star as a potential candidate. It may have been partially in jest, but the charming ex-wrestler-turned-movie star is universally loved, and if he were to run it's difficult to predict what might happen. Katy Perry also jokingly hinted at a presidential race when she captioned a picture of herself with Bill Clinton and George Bush "42, 43, 46?". Oprah Winfrey, who in the past said she didn't feel like she had the experience, recently said it was in consideration. George Clooney isn't the first star to recently discuss a spot in the White House, but he is one of the industry's most respected stars, so he has just as much chance as his peers.

When a reporter asked Clooney if he would consider a presidential run, the star didn't put it out of the question. "Would I like to be the next president? Oh, that sounds like fun," he replied, according to Variety. Matt Damon, who stars in Suburbicon, also chimed in on the matter. "Can I just say that I’d like anybody to be the next president of the United States," Damon said. "Right away, please!” While Clooney openly supports the Democratic Party and is active in the political world, this is the first time he's considered a run of his own, even as a joke.

The recent trend in celebs considering dabbling in politics has a lot to do with the 2016 election cycle. Before Donald Trump, politics and celebrity culture had never intersected on that scale, and the inexperienced reality star's win left many stars wondering why they didn't run instead. As Damon said, any celeb might make for a better president, and the current state of affairs has definitely emboldened some stars to consider politics more seriously.

If Clooney were to run for president, he wouldn't be the first in his family to run for office. In 2004, his father ran for Congress repping Kentucky's fourth district. He lost by a 10-percent margin, but because of the family legacy Clooney has been asked about his political aspirations for years. In the past, he's denied any interest. However, his most recent film is inspired by political events.

"I was watching a lot of Trump speeches on the campaign trail about building fences and scapegoating minorities and I started looking around at other times in our history when we’ve unfortunately fallen back into these things," he said on the inspiration for Suburbicon, according to Variety. "It's fun to lift up that curtain and look underneath that thin veneer and see some of the real problems that this country has yet to completely come to terms with"

Given his busy career schedule, not to mention the fact that he is a new father, it's unlikely that the star was serious about a presidential bid. However, this is the first time he hasn't denied an interest in politics flat out, so he might be looking for your vote in the future.