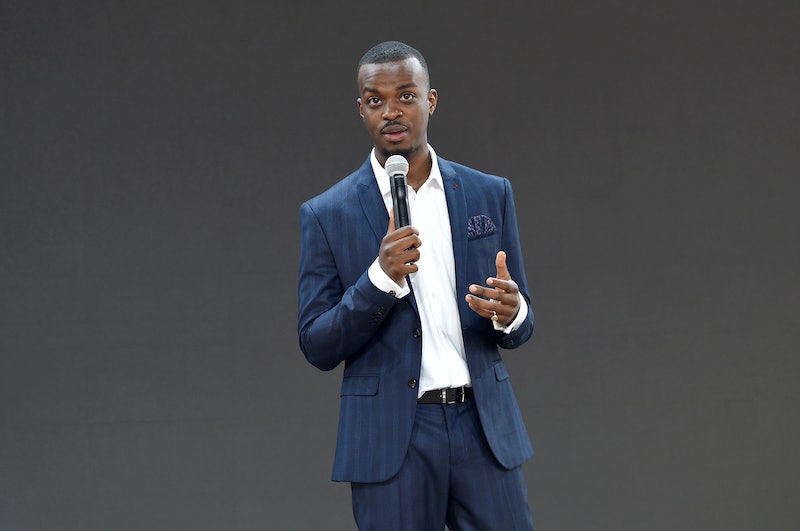 Known for his spoken word poetry, award winning podcast, and being unafraid to speak his truth, one artist has become the latest in a long list of people to turn down a British honours. George Mpanga, better known as George The Poet turned down an MBE. And his reasoning, due to the British empire, echoes the sentiment of other people before him.

According to the BBC, on his award winning podcast Have You Heard George’s Podcast? he discussed why Britain's colonial history prevented him from accepting the award. He said: "I'd like to apologise to the friend who recommended me on my assurance that I'd accept, I didn't know I would feel this way.

"I see myself as student, admirer and friend of Britain, however the colonial trauma inflicted on the children of Africa, entrenched across our geo-political and macro-economic realities, prevents me from accepting the title Member of the British Empire."

He continued: "It will remain unacceptable to me until Britain takes institutional measures to address the intergenerational disruption brought to millions as a result of her colonial exploits.I have no issue with other black people who have embraced this title, I encourage variety of thought across our society and within my community.

"I encourage future generations to seek the relevant information to make an informed decision. What do the words British Empire mean to you? I love this country but I do so with transparency. I do so with a belief in the integrity of the British people. I will continue to give my life to the improvement of British society. But I will not be told how to feel about my history."

George was born and raised in the London and his heritage is Ugandan, a country which was colonised by Britain. In 1877, members of the British Missionary Society first arrived in Buganda (a kingdom in present day Uganda). By 1894, Uganda became a British protectorate (a country that is controlled by another “powerful” country, in this case Britain). Uganda didn’t gain independence until 1962.

He isn’t the only person to turn down their honours. UK Black Pride founder, Phyll Opoku-Gyimah turned down her MBE in 2016 to protest the persecution of LGBT people in the commonwealth. David Bowie even turned down honours twice, once for a CBE in 2000 and again in 2003. Poet and Peaky Blinders actor Benjamin Zephaniah (pictured above) also turned down an OBE in 2003, stating that he is “profoundly anti-empire,” going on to write a poem about it called Bought and Sold.