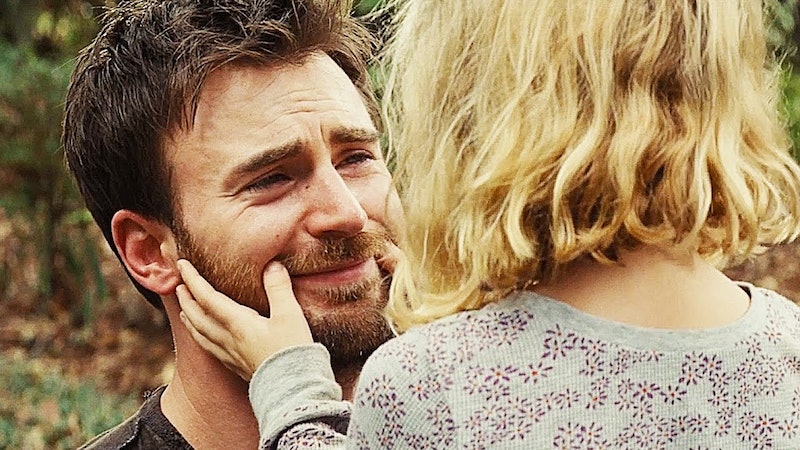 There are about as many philosophies of child-rearing as there are screaming toddlers in a Toys 'R Us on a Saturday afternoon. They touch on what to feed kids, where they should sleep, how much and what kind of media they're exposed to, what fabrics to clothe them in, and so on. It's all choices when it comes to raising kids, and while I'm not a parent, I imagine that some of them are just made on faith. In his new movie Gifted, out April 7, Chris Evans plays the uncle and guardian of Mary, a seven-year-old with a head for numbers. He stands firm on one decision which pulls him into a custody battle with her grandmother: that the young math prodigy be raised like a normal kid and not a genius. Gifted isn't based on a true story, but kids like the fictional Mary have made extraordinary academic progress at a young age. And their parents also have had to figure out the best path for them.

The screenplay by Tom Flynn presents a parenting conundrum: if a child is inordinately skilled in some area, do you do them a disservice by failing to nurture that skill or by prioritizing that skill over just being a kid? Evans' character Frank isn't making that decision on his own. His sister entrusted her child to him before she died, and he's determined to honor her wishes by keeping Mary safe from the pressures of the world as long as he can. The toughest piece of the equation is that since Mary is only seven, she has no agency here. The adults have to decide her path for her.

The custody battle becomes a point of media interest in Gifted, and that's also a very plausible plot point. Child prodigies make for good human interest stories, though the circumstances are not always so fraught. CNN recently profiled a British-Nigerian 10-year-old named Esther Okade who's already earning top marks in a distance-learning university and wants to pursue her PhD in financial maths starting at 13. According to Okade, hers is not a case of a pushy parent making all the calls. "I actually wanted to start when I was seven," she told CNN about college. "But my mum was like, 'you're too young, calm down.'"

Charlotte Fraser feels the same way about her precocious daughter, Karina Oakley. At three, Oakley's IQ was tested and determined to be 160, reportedly the same as Stephen Hawking's. That information hasn't done much to change Oakley's daily life. "What every parent wants for their children is to give them a happy, balanced, enjoyable childhood," Fraser told The Guardian. "I don't think any adult is ever going to go, 'Damn, I didn't do my GCSEs [General Certificate of Secondary Education, a British standardized test] aged nine.'" As of the 2010 article, Fraser planned to keep Oakley in school with her peers, and a Google search for Oakley's name doesn't unearth any evidence that her mother deviated from the plan to let her be a kid. Soon after her IQ test, Oakley stopped showing up in the news.

The coolest thing about Gifted in my opinion is that it's the second movie to come out in the last few months that features a young girl who's recognized as a math whiz far beyond her years. Hidden Figures opens with young Katherine Johnson (unlike Mary, based on a real individual) solving for "x" like it's nothing and receiving a crowdsourced amateur scholarship to go away to a school with more resources. So whether they're biopics or fictional narratives, give me more stories about girl geniuses!

More like this
Is 'The Woman King' Based On A True Story? The Female Agojie Warriors Did Exist
By Radhika Menon
Harry Potter's Viktor Krum Has Undergone A Huge Transformation Since Hogwarts
By Sam Ramsden and Meguire Hennes
The New 'National Treasure' Series Trailer Teases The Return Of A Popular Character
By Grace Wehniainen
Florence Pugh Reflected On Her ‘Don’t Worry Darling’ Experience On Opening Day
By Brad Witter
Get Even More From Bustle — Sign Up For The Newsletter