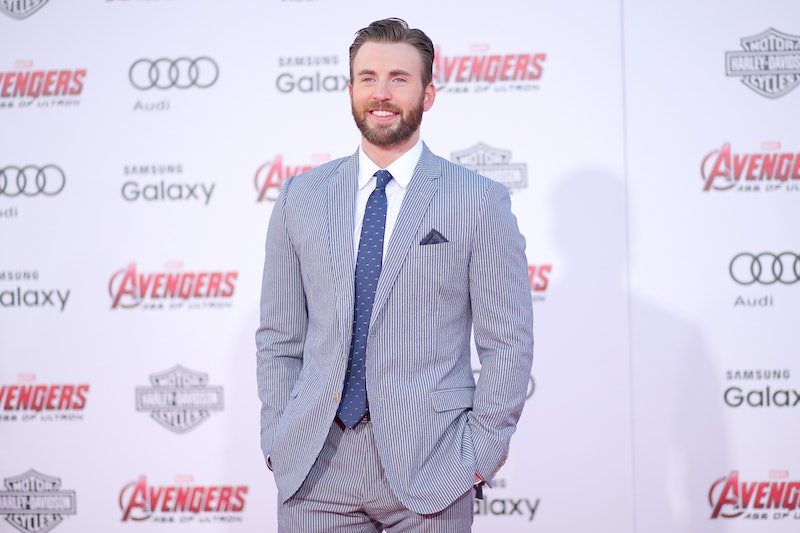 It's hard to imagine Chris Evans as anyone other than Captain America. He's been starring as the red, white, and blue superhero for nearly five years, and, since the Marvel machine has no signs of slowing down, he'll be donning that suit for quite some time. In real life, Chris Evans does plenty of Captain America-like things, like visiting a Children's hospital in Seattle with best bud Chris Pratt (aka Star-Lord). However, recently the blockbuster actor has been taking on roles and projects outside of the Marvel Cinematic Universe that show just how versatile of an artist he is. Evans just signed on to star in Fox Searchlight's Gifted, a gut-wrenching indie drama that will showcase Evans in a very different light.

In Gifted, Evans stars as a man who battles for custody over the daughter of his recently deceased sister. He goes up against the geniusly gifted child's mother and fights desperatley to care for his niece. The film will be directed by Marc Webb who directed both The Amazing Spider-Man 2, as well as the little rom-com that could, 500 Days of Summer . Webb's gift for pulling of big-budget action films as well as heartbreaking indies will be the perfect combination for collaborating with Evans. Be prepared to cry, on mega-epic levels.

Along with Gifted, Evans has recently stepped out from behind the Captain America shield and took on the task of directing and starring in this summer's Before We Go. The small romantic drama, which was Evans' directorial debut, followed a love story in New York City that took place over one night. In his latest work outside of Marvel, the actor is clearly using his status as a box office megastar to take on passion projects. Comic book movies make big bank and allow the actors, when they're not scheduled to save Planet Earth, to work on smaller budget films because... well, they can.

This turn in Evans' career shows that he's more than just buff eye candy that knows how to deliver a good zinger. He's not just trying out different styles of summer blockbusters; he's going for the complete opposite end of the cinematic spectrum. Evans is showing his softer side, and it not only keeps him from being permanently typecast, but it will also keep him growing and evolving when (if ever) the Marvel train makes its final stop. If he's taking a page out of the Channing Tatum guide to success by going behind the camera (Magic Mike) and starring in Oscar-worthy dramas (Foxcatcher) while simultaneously banking on the blockbusters, then Chris Evans' career is going to be even bigger than Marvel could imagine.