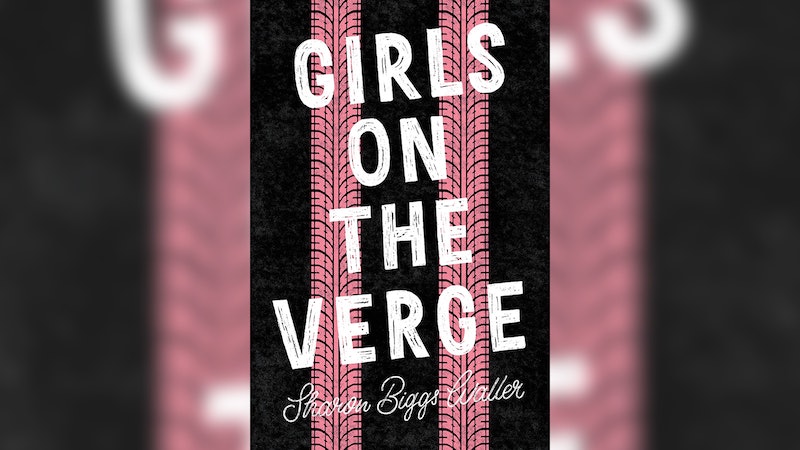 It’s the summer of 2014 and only 19 abortion clinics remain open in the entire state of Texas. Just one year earlier, House Bill 2 — written with the intent of closing Texas’s abortion clinics — was signed into law. And 17-year-old Camille Winchester is pregnant. This is where Girls on the Verge begins. The newest novel from writer and Planned Parenthood volunteer Sharon Biggs Waller, Girls on the Verge is inspired by the real life stories that Waller encountered through her volunteer work. It highlights the fact that for American women, reproductive rights are still dependent on zip code, and reminds readers that abortions don’t end when access to legal abortions do.

There are two things Camille knows for sure: She is going to find a way to have a safe abortion, and she’s going to have to figure out how to do it alone. She can’t tell her parents. (Her mother gave up her own dreams when she became pregnant with Camille.) She can’t depend on her best friend, Bea Delgado, a youth minister who has dreams of helping Camille raise her child, and who doesn’t agree with her choice. And she can’t turn to the internet, where the misinformation campaigns are all designed to restrict Camille from obtaining the reproductive services she needs.

'Girls On The Verge' by Sharon Biggs Waller
Amazon

But when even finding a pharmacist that will sell her a pregnancy test becomes a problem — in her town, they’re kept locked up like cough syrup and teeth whitening treatments; simply purchasing one isn’t a guarantee for women under 18 or unmarried women — Camille realizes she might not be able to handle this all on her own, after all. This is where Jane networks come in.

For those a little behind on pre-Roe v. Wade reproductive rights, "Jane," or The Jane Collective, was an underground network of women, started in Chicago, that helped women access the safe, effective abortions they desired. Performing thousands of abortions in the years before they were legal, The Jane Collective offered women an alternative from the dangerous, often deadly do-it-yourself measures many would resort to instead. Inspired by the original Jane Collective, and all too aware of the ever increasing encroachment on those hard-won abortion rights, modern, often informal Jane networks are definitely in effect today — and that’s what Camille turns to whenever it seems she has nowhere else to go.

Girls on the Verge follows Camille from an anti-abortion center fronting as a crisis clinic to a Texas courtroom where she’s forced to appeal the law that says she needs her parents’ permission to obtain an abortion. The novel takes readers on a road trip across thousands of miles: through Texas, into Mexico, and then to New Mexico, as Camille follows the tips of unofficial "Janes." She is ever aware that with every dead-end lead she follows, she’s getting further and further along in her pregnancy, and the window for an abortion is rapidly closing.

One friend offers to drive her. Another comes along for the ride. A young, female lawyer advocates for Camille in court. Another woman gives her a tip about an abortion pill that can be obtained across the border. A grandmother encourages her to travel to a safer border town further away. A woman from an over-booked Houston clinic directs Camille to New Mexico, a state with none of the restrictions Camille has faced in Texas. Each clinic in New Mexico — themselves over-booked with women traveling from Texas — directs Camille to another. These informal networks of women — furious, activated, self-reliant women demanding autonomy over their own bodies, defending other women’s right to choose — are everywhere: guiding Camille, accompanying her, finding solutions where there are seemingly none. They’re doing the work, essentially, what women have always done in times of oppression: taking matters into their own hands, depending on themselves and each other.

But it’s work women shouldn’t have to do. As Waller reminds readers in the author’s note to her novel, although seven in 10 Americans believe that abortion should be legal, women’s reproductive freedoms are far from a sure thing. The anti-choice movement is loud, and it carries political weight. The state, or even the county, in which you happen to live when you get pregnant is often a key factor in whether or not you’re able to obtain a timely, safe, effective, and legal abortion.

Camille is just one example of what happens when women are prevented from obtaining the abortions they want. When obtaining healthcare becomes a full-time job, women are the ones who pay the price: in time, opportunities, wages, education, and sometimes with their lives. While Camille is lucky to live in a time when dangerous, back-alley abortions are largely a relic of pre-1973, her story is a stark reminder of the lengths women still have to go to enjoy freedom over their bodies.

More like this
Amanda Gorman Shared A Powerful Message On Meghan Markle’s Penultimate Podcast
By Darshita Goyal
Iran Has Issued A Death Sentence Over Mahsa Amini Protests
By Catharina Cheung, Darshita Goyal and Maxine Harrison
The 'Lady Chatterley's Lover' Book Leaves Us With A Troubling Question
By Catharina Cheung
Lib & Will’s Romance In 'The Wonder' Is Very Different From The Book
By Sam Ramsden
Get Even More From Bustle — Sign Up For The Newsletter