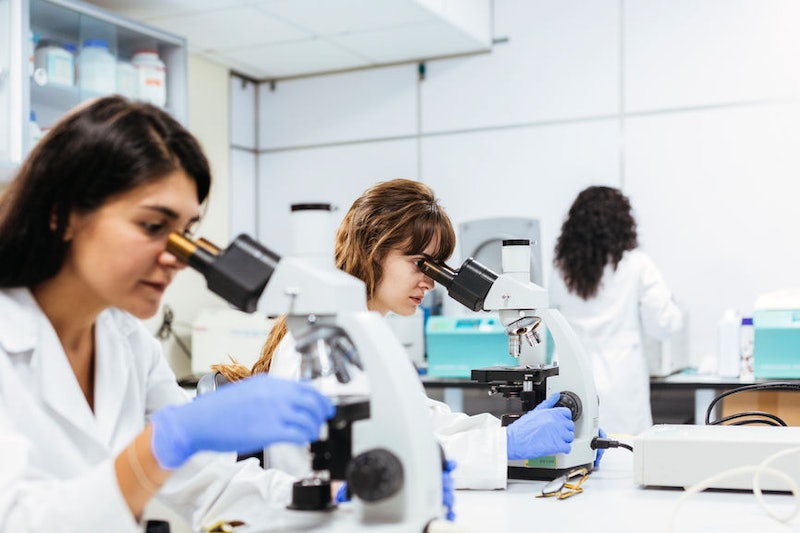 Over the last decade there’s been a massive push from campaigners, the government, and within the education sector to encourage girls to study science, technology, engineering, and mathematics (STEM) at university and to pursue a career in those areas. While women are still underrepresented in these sector it’s getting better. However, a recent survey by Sky found that 45 percent of boys had been advised to consider technology as a career compared to only 20 percent of girls. In a bid to change that, Sky has announced the five Women in Tech Scholars for 2019 and prepare yourself to be seriously impressed.

Having female students think entire sectors are closed off to them doesn’t benefit anyone. The 2018 Workforce Statistics revealed there are 900,000 women in core STEM occupations, but only 22 percent of the UK core STEM employment is female. This is an improvement on years gone by however there’s still more to be done.

Sky introduced the Women in Technology Scholars in 2017 to invest in some of the brightest female minds in STEM industries at the moment and raise the profile of their work. From designing their own apps and software to delving into the world of virtual reality, the Women in Technology Scholars scheme opens up the winners to a network of mentors and leading industry executives to help progress their work. There is also a total of £125,000 invested in the winners and their innovations.

Speaking about why the scheme is so important, Sky’s Group Chief Information Security Officer Elaine Bucknor said in a statement:

“It’s widely acknowledged that attracting women into technology is a challenge, so we have a responsibility to bring about change. Boys are more than twice as likely to be encouraged to work in tech, so it’s little wonder that half the girls we spoke to had ruled out working in the industry by the time they reached 18years old. Our Women in Technology Scholars programme enables us to nurture new talent and highlight inspiring role models to encourage others to follow.”

The Women in Technology Scholars for 2019 are an incredibly talented bunch. Olga Kravchenko is a virtual reality app designer that aims to change the way that children interact and learn within cultural institutions. She has already created the app Musemio.

Colleen Wong set up My Gator Watch, a tracker for children. She now wants to develop it into a wearable device for the elderly so they can maintain their independence.

Rebecca Saw wants to change the way we experience story-telling by mixing television and gaming to create a hybrid experience. Her work has already been exhibited at the Tribeca Film Festival.

Mary Murphy is the youngest Scholar of 2019, aged 20. She was CEO with her twin sister at the age of 16 after designing and manufacturing the Sheep Marking Gun. She wants to develop a new software-based product that could prevent sheep theft.

Last, but certainly not least, Rachel Clancy wants to develop the game she has created called Get Closer. It helps young people learn how to express themselves as well as helping others through mental health issues.

Tech Talent Charter CEO, Debbie Forster MBE was on the panel that selected 2019’s five winners. She said in a statement, “it’s been fantastic to help select such a brilliant group of women with ideas that can help shape the future of tech. It’s vital that organisations like Sky take action like this to deliver greater diversity in the UK tech workforce and better reflect the make-up of the population.”

Sky’s Women in Technology Scholars is just one of a number of schemes that highlights the excellence of women working in STEM sectors in the UK. The investment in the 2019 winners isn’t just incredible for them. It highlights that STEM subjects are for everyone and they serve as an inspiration.