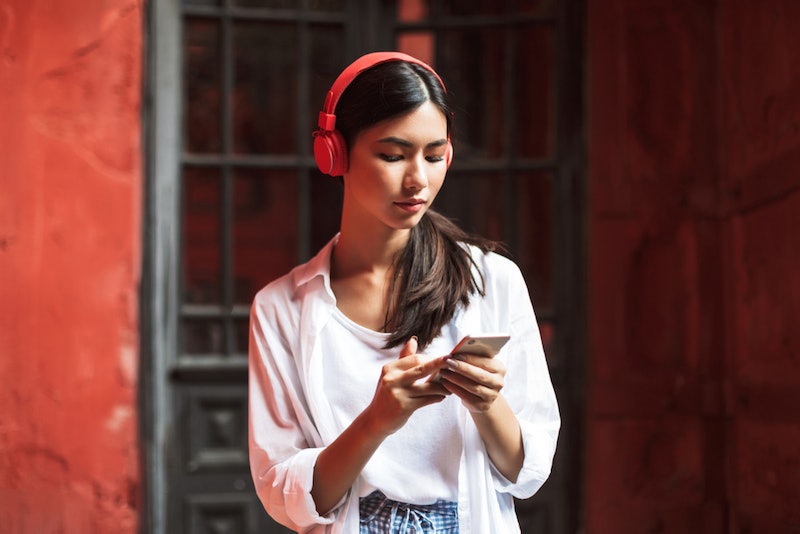 Social media is now an embedded part of our society; everyone from your mom to random Instagram influencers uses it to stay connected with their friends, or to get noticed. However, researchers and psychologists have also noted that social media can have a corrosive effect on mental health. If you've been considering the benefits of a social media break, you're not alone. Experts tell Bustle that giving up social media for a month might bring psychological benefits, though the impact depends heavily on how you use Insta, Facebook, Twitter and the rest — and what it means to you.

"Like anything, social media are not inherently good or bad, as that is up to the user," psychotherapist Dr. Lisa Larsen, PsyD, tells Bustle. "Some people use them to stalk ex-lovers or promulgate troubling beliefs, while others use it how it was probably intended — to keep in touch with loved ones and friends." Research indicates that while a moderate amount of social media usage may be fine, excessive dependence on it can be damaging, and mean you over-invest in the highly unrealistic presentations of others. "Using social media to the extent that it dominates your activities daily is not good," clinical psychologist Dr. Josh Klapow, PhD, tells Bustle. If you've noticed that you spend hours every day scrolling, retweeting or getting into arguments on social media, it may be time to switch off for a while. Here's what might happen next.