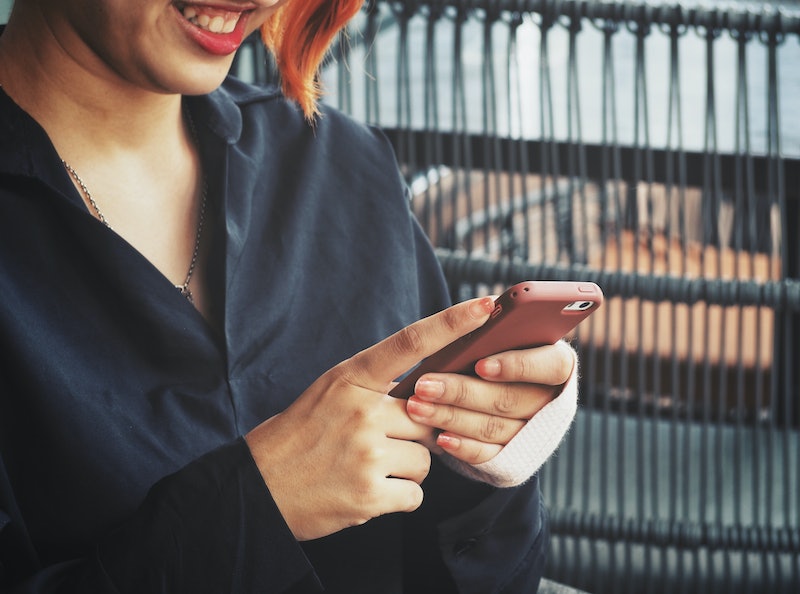 Social media has connected people in ways that were unimaginable even 15 years ago. And while that's generally a good thing, the effect social media has on users' mental health sometimes isn't. Lady Gaga has repeatedly referred to social media as "the toilet of the internet." Demi Lovato just announced she is taking another break from social media. I just wrapped up my own 30-day social media break, and I gotta say, it felt good to be disconnected.

I once spoke with Los Angeles-based Licensed Marriage and Family Therapist Michele Goldberg about social media, millennial women, anxiety, and depression for another Bustle story, and what she said has stayed with me:

"The constant distraction social media provides is more dangerous than its false connection. Women are rarely present, rarely mindful of their thoughts, feelings, and body sensations, because they are busy focusing on someone else, something else, by consuming the unending supply of information that regenerates moment-to-moment on their Instagram and Facebook accounts."

This is exactly how I was feeling. And though I didn't consciously plan to take a social media break, I started reaching for my phone less and less. I was feeling anxious and overwhelmed, and I wanted to shield myself from the added stress of reading story after story and post after post of misery on Facebook and Twitter. On Instagram, I needed a break from the the fake positivity, Facetuned pictures, and inspirational quotes. After about a week of being off social media, I noticed that I started to feel less anxious. I also began to engage more with real live human beings.

I only got back on social media after we had a series of earthquakes in Los Angeles in early July 2019 and I felt the need to stay informed and connected. Because one of my side hustles is managing social media for a professional development company, I couldn't take a professional break from social media. However, I didn't actively engage with my personal accounts for all of June 2019. Here are some things that happened during my social media hiatus.