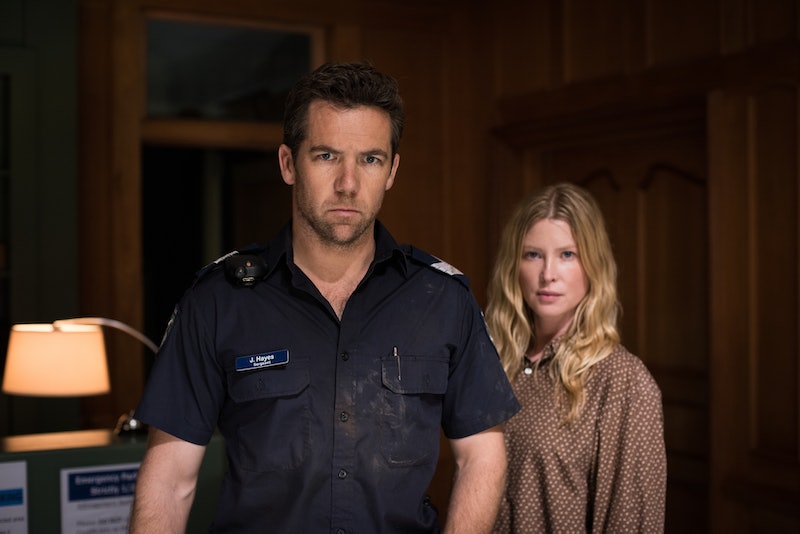 It’s been four years since Senior Constable James Hayes was called to the Yoorana cemetery in the middle of the night, only to learn his dead wife, Kate, was suddenly alive and in perfect health. Their complicated love story has been the anchor for the Australian TV series Glitch, which will return to Netflix for its third and final season on Wednesday.

The science fiction that defines the award-winning cult series has grown increasingly fantastical as more of the deceased have returned to life in this small backcountry town. In the final season, we can expect the paranormal world to grow even further, and for the Risen to travel beyond Yoorana's city limits. "Basic physics, the rules of the universe, are being undone," we're warned in the trailer.

Season 3 is already attracting that bittersweet cocktail of anticipation and longing that accompanies the final return of a favorite show, from its fans to its cast and crew.

Sally Riley — an exec for ABC, the network that airs the series in Australia — said in a press release, "We are so proud of Glitch and storytelling risks it takes. The stellar creative team have taken the show to a whole other level and Season 3 promises to be a thrilling and hugely emotional journey."

As the Risen finally venture beyond their rural enclave, the threats to their existence mount, lending an ominous air to James' suggestion in the trailer that "Everything that lives must die." It almost seems like a spoiler for the fate of the Risen until you remember the rules are no longer so simple: Glitch has complicated what it means to be alive and dead in the first place.

While the series' stars have been mostly mum about the fates of their characters, they have shared a few clues. Emma Booth, who plays Kate, let slip to the Adelaide Advertiser, "All I can say is that it's really out there. When I read the scripts I was like, 'What in the hell am I reading? This is crazy.' I will say everyone does come back together to fight something." And speaking to the Sydney Morning Herald, she said that in the final season, "Kate steps into her power big time, to really protect everyone. She's a woman on fire and I love that."

Patrick Brammall (James) also recently revealed that he nearly didn't audition for the role he plays opposite Booth at all. "It was that [first] scene where James meets Kate, and it's such a weird scene to audition for because it's like, what does that feel like? ... I'm gonna look silly."

Like Booth, he's offered scant hints about how his character's relationship with Kate resolves, except to assure the Herald Sun that the show's arc is "really satisfying." He continued, "The scale of the third season is bigger than either of the first two and that's saying something. I was really kind of struck by how it delivered on its promise."

He describes James' dilemma in the third season as more existential. "His role was always very clear as a policeman and a protector. Now in this season, he is still a protector but not in the same way. In this season James really is in the heart of the central questions of the show, which is 'what does it mean to come back?' He is forced to address that in a way he has never considered before."

For fans upset to see the series wrap up so quickly, perhaps there's solace in the promise that the finale won't disappoint. Showrunner Lauren Fox echoed those of her stars in a press release. "We're thrilled to finish the story exactly the way we always wanted to.”