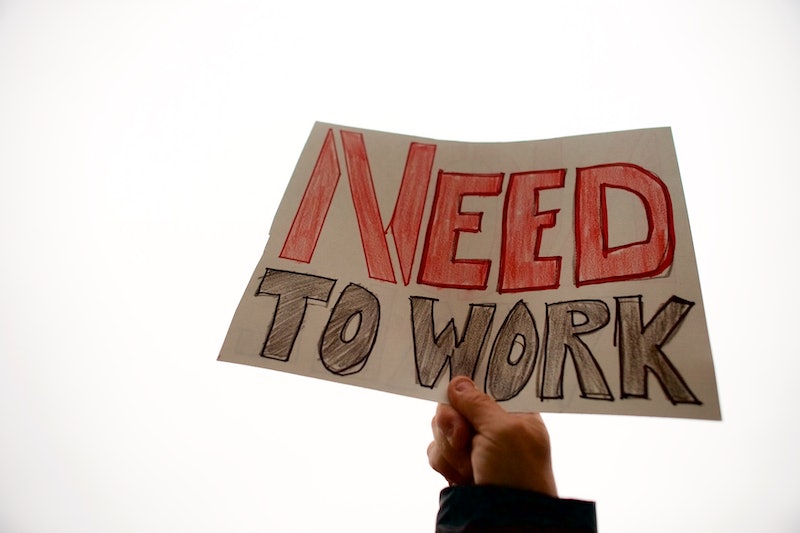 As many federal workers continue to work without pay, fundraisers have popped up to support those individuals and families who might be struggling financially. GoFundMe's "Government Shutdown Direct Relief Fund" collected over $70,000 in less than a day, directly toward these efforts.

"Government workers, through no fault of their own, can’t afford to put diapers on their newborns," GoFundMe CEO Rob Solomon said in a statement. "Employees of the most powerful nation in the world are being forced to work without pay and line up at diaper or food banks. It makes no sense."

Aside from its intended good will, the initiative is also remarkable because it marks an instance wherein GoFundMe leadership stepped in to help lead a fundraiser of their own. The website is typically known for hosting other people's funding projects, not spearheading them autonomously, as highlighted by Engadget. Generally, the Direct Relief Fund is active on GoFundMe in times of natural disasters, or else in response to events like mass shootings. Bustle has reached out to GoFundMe for comment.

The initiative is a joint effort between Deepak Chopra and GoFundMe, both of whom donated $10,000 to start the campaign, according to Solomon's statement. Funds will reportedly go directly into a separate Direct Impact Fund account, part of an independent nonprofit that partnered with GoFundMe to help bolster and expedite fundraising for significant emergencies.

Billed as the longest government shutdown to date in U.S. history, according to The Hill, its impact has reverberated around the country, affecting national parks, the IRS, and airports, among other agencies and programs. As the partial shutdown approaches its one-month mark, there is still no end in sight, according to multiple daily reports. Repeated attempts at negotiating the government's reopening have all failed so far.

In light of this, many federal workers have reportedly turned to crowdfunding platforms like GoFundMe, in an attempt to help cover their expenses, according to multiple reports. Last week, GoFundMe spokesperson Katherine Cichy told CNN that federal employees spearheaded more than 1,500 different campaigns to help raise money during the government shutdown. While not every single person who works within the government is going without pay, some of those who are have reported difficulty paying for basic needs, such as rent, or even food, according to The Hill.

"Our country’s civil servants shouldn’t have to stand in a line at a food pantry, wonder where their next meal is coming from, or wonder if they have enough diapers to make it through the night with their newborn," the Government Shutdown Direct Relief Fund description reads. "It’s not right, but there’s something we can do: We can take action."

Money raised will be distributed to nonprofits who work more directly with the needs of federal workers, according to the campaign description, including the National Diaper Bank Network. As of Sunday evening, the campaign's goal was to raise $125,000, and it was halfway there.