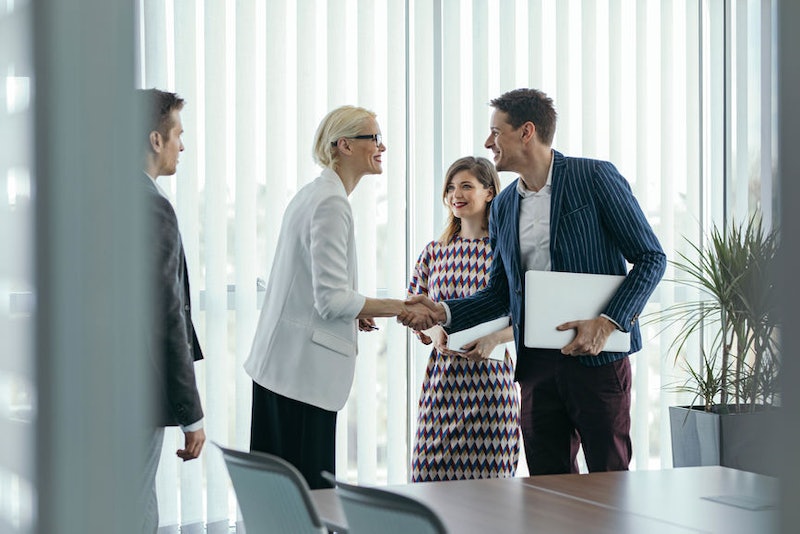 Get up. Iron your shirt. Put on your pressed trousers. Pick out a nice tie and a smart jacket. Slip into your shiny shoes. Corporate life, eh? Not for everyone, and a low-key pain in the butt. I mean, come on, it's 2019. Who even owns an iron? Imagine if five days out of your week you were not allowed wear denim, t-shirts, trainers, and then some. Such a bummer right? But for many, this is normal work life. So the fact that Goldman Sachs have relaxed their dress code is a serious sign that the times, they are a changing. Well, at least when it comes to corporate attire.

The firm announced this move via in internal memo, the BBC reports, with the news coming as a bit of a surprise. In the memo, Goldman Sachs announced a "firm-wide flexible dress code." However, the memo also reminded employees that, despite the relaxing of sartorial constraints, they ought use "good judgment" when deciding what to wear into the office.

So, why the sudden move to a more chill attitude towards their employee's appearance? In the memo, the company seemed to indicate that they are looking to adapt their decades-old codes of conduct with the changing times. They wrote that the "changing nature of workplaces generally in favour of a more casual environment" had encouraged them to make the decision, the BBC reports.

However, let's be clear: when Goldman Sachs says they're looking to encourage a more "casual environment," that certainly doesn't mean that employees can rock up in tracksuit bottoms and a hoodie anytime soon. They just mean slightly less formal. According to the BBC, in the memo, the bank also made it clear that formal attire is expected for relevant situations and that "[c]asual dress is not appropriate every day and for every interaction and we trust you will consistently exercise good judgement in this regard."

The company's move for a more chill dress code is fitting with other banks such as JP Morgan who are looking to address the needs and expectations of a younger work force. A work force that should to be listened to because, according to the BBC, a stonking 75 percent of Goldman Sachs' employees are Millenials or Gen Z.

One could speculate that the Goldman Sachs move is owing in part to a recent shake up of management at the hugely powerful bank. The memo was signed by David Solomon, the BBC reports, who is the chairman and chief executive officer of the U.S. bank and a member of the Board of Directors of The Goldman Sachs Group. And Solomon has the exact sort of CV you would expect from a serious game player in the financial sector. Amazingly, the chairman moonlights as an electronic DJ under the name DJ D-Sol and regularly gigs in New York City, Rolling Stone reports, including a recent gig in aid of the Robin Hood Foundation, according to Page Six. This is a charitable foundation that Solomon is a board member of.

Although it remains to be seen how this new move for the hugely powerful Goldman Sachs will affect its 36,000 employees, it's already feels likes a huge signal about the development and possible modernisation of the corporate world.