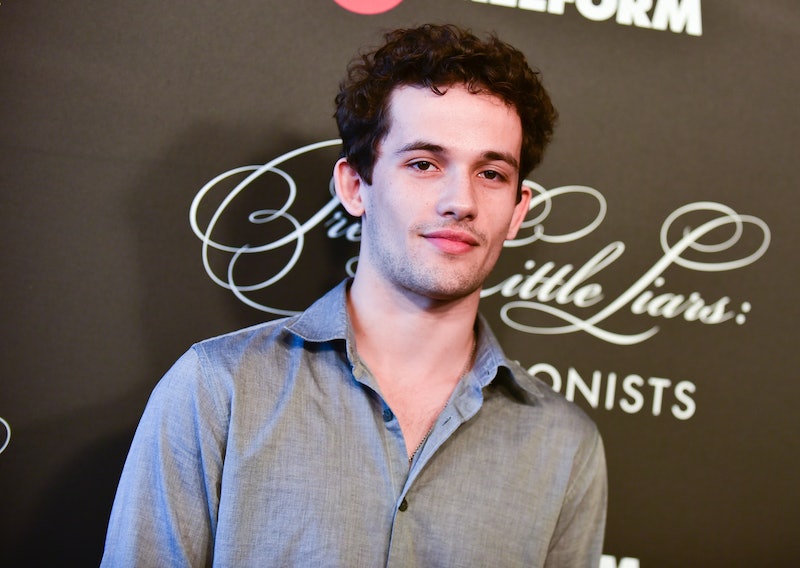 Most TV and movie productions may still currently be shut down as a result of the COVID-19 pandemic, but that isn't stopping Eli Brown from teasing details about his Gossip Girl reboot character and what fans can expect from this new group of privileged Upper East Siders — once filming can actually get underway, of course.

Production for the HBO Max series was supposed to have started by now in New York City, but, like everything else, it has been delayed due to the ongoing lockdowns and CDC mandated social distancing protocols. However, that doesn't mean Brown is completely in the dark when it comes to his role in the reboot, which will take place eight years after the original Gossip Girl website went dark and follow a new generation of Manhattan's teenage elite who find themselves under the terrifying microscope of Gossip Girl's rumor wrath.

Details outside of this general narrative have remained somewhat scarce, but Brown assured fans that his character is one of the good guys and well worth rooting for. "We've been asked to keep even the very little information that we have pretty secretive, but I can tell you that my character's a really good guy," he teased while speaking with Entertainment Tonight. "He comes from a very wealthy family and he's a humanitarian."

And while the former Pretty Little Liars: The Perfectionists star refused to elaborate on anything else regarding the highly anticipated series, he did admit that he's recently familiarized himself with the original show. "My sister watched it," Brown stated, referring to the original Gossip Girl. "Once I got the role [on the Gossip Girl reboot] I came around and I watched most of the first season. But now I'm down in L.A. where I don't have a TV or WiFi, so I'm kind of off the grid right now."

That being said, he's very much looking forward to diving head first into this project once production is allowed to get underway. "I'm excited to shoot something in New York. That sounds so fun, even though I know that it will be a very different New York because of social distancing and the safety precautions," he told ET. "It's going to be a very different experience than I thought, but that'll still be very cool. We're recreating something that was so adored by so many people. It's going to be fun."

But as for who exactly his character is and how he'll feature in Season 1? That's one secret he'll never tell. Xoxo.

More like this
The 8 Best Aidan Shaw Moments On 'Sex And The City'
By Grace Wehniainen
Here’s What Happens To Bill & Frank In 'The Last Of Us' Video Game
By Brad Witter
Hilary Duff Is “Optimistic” About A 'Lizzie McGuire' Reboot
By Alyssa Lapid
'The Queen’s Gambit' Season 2 Tweet Wasn’t From Anya Taylor-Joy
By Mary Kate McGrath, Jack Irvin and Grace Wehniainen
Get Even More From Bustle — Sign Up For The Newsletter
From hair trends to relationship advice, our daily newsletter has everything you need to sound like a person who’s on TikTok, even if you aren’t.