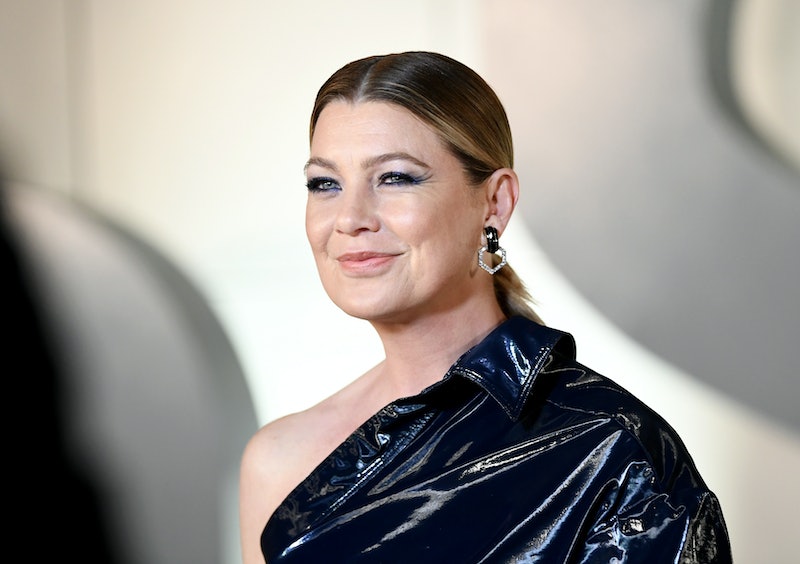 Ellen Pompeo has waded into the recent drama between Kelly Ripa The Bachelor creator Mike Fleiss via Twitter. Earlier in the week, Fleiss tweeted that the franchise pays Ripa's salary, and the Grey's Anatomy star wasn't on board with the assumption. Ellen Pompeo's response to the Bachelor executive producer shows her support for her fellow ABC employee, and it's clear that the TGIT actor isn't here for Fleiss's statement. Pompeo tweeted on Thursday,

"Okay @fleissmeister... that's some handle bro! Your show does NOT pay @KellyRipa salary. Also we don't attack successful women on our network and men certainly cannot take credit for their success. Don't get me started on your show cuz I'm a savage.... #bachelorsoooowhite"

Pompeo really didn't hold back on this one. Not only did she criticize Fleiss for downplaying Ripa's own success as the Live With Kelly and Ryan host, but she also pointed out a major issue with the entire Bachelor franchise.

The Bachelor and The Bachelorette are often criticized for their lack of diversity; Rachel Lindsay remains the only Bachelorette of color to lead the show. And while there is a growing amount of representation among contestants, the groups of hopefuls are for the most part still white. Combined with host Chris Harrison's questionable comments about The Bachelor's lack of diversity ahead of Colton's season, it's not a great look.

Harrison joined the conversation, too, tweeting on Tuesday night, "Look out #BachelorNation ⁦@KellyRipa⁩ is coming after you and your 'disgusting' Monday night habit."

Fleiss and Harrison's comments came after Ripa criticized The Bachelorette on Tuesday's Live With Kelly and Ryan episode.

"Guys, you know how I feel about this show. It disgusts me," Ripa said to the show's audience. "And I thought that I was disgusted because I couldn't stand the idea of 25 exceptional women fighting over one ordinary fella, in my opinion. You know how I feel, ladies: We are too special to be arguing over a guy."

Bachelorette star Hannah Brown didn't seem to take the comments to heart. Brown appeared on Live with Kelly and Ryan on Thursday, and she talked to People about her reaction to Ripa's comments. "I was glad I had an opportunity to be on the show and talk about my world," Brown said to People. "Kelly obviously doesn't have the same opinions about the show that I am on, so it was great for me to be able to share my views being someone that has actually been a part of the show."

Still, there aren't any hard feelings on Brown's end. "I don't take it personally at all," she told People of Ripa's comments. "We can agree to disagree."

Brown definitely has a healthier outlook about the whole controversy than Fleiss does. The Bachelor and The Bachelorette might not be everyone's cup of tea. But it's not a great look for him to devalue Ripa's work just because he doesn't agree with her stance.